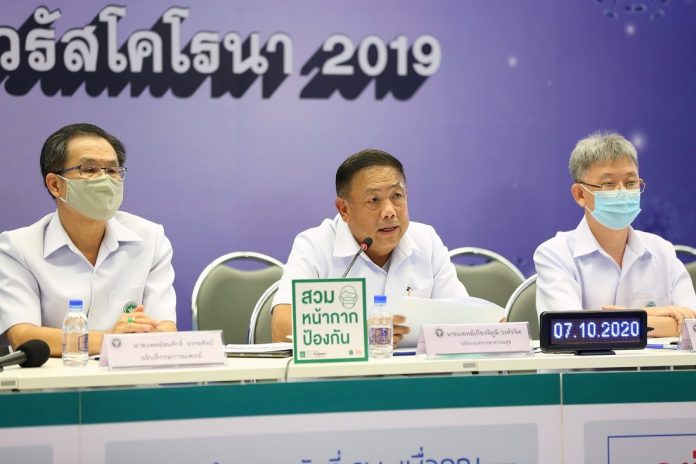 The Department of Disease Control (DDC) gave an update this afternoon, October 29th, 2020, regarding a woman who had recently returned from France, conducted a fourteen day quarantine and then tested positive after leaving quarantine several days later.

You can read more about the story and get caught up on what has happened so far below:

Traces of Covid-19, according to the DDC, were found on gym equipment in the Alternative State Quarantine that she was in.

However, according to Dr. Sophon Iamsirithaworn, Director of the General Communicable Diseases Division, preliminary results show that the strain of Covid-19 the woman had was different from two other Covid-19 positive foreigners found in recent weeks while in quarantine at the same hotel. He believes, based on the preliminary results, that her strain therefore was not picked up in the gym or from the other foreigners.

The Pattaya News notes that there has been considerable debate, even in the news media, on the woman’s nationality and so are simply referring to her as a woman who recently returned from France to Thailand.

Her husband and teenage son have tested negative for the virus as have all her high and low risk contacts so far. She continues to recover in a hospital.  Officials are still attempting to determine exactly where she got her case of Covid-19 but also do not believe it was picked up locally spread on Samui, which has not had a single official case in seven months. Testing of concerned residents over the past several days has been one hundred percent negative, added the DDC.

Meanwhile, Sophon stressed the island was safe and there was no danger to domestic tourists or residents and people should not panic. He also stated that although the results were only preliminary it was possible she still could have got the disease in quarantine. She remains in a hospital and is doing well, he added.