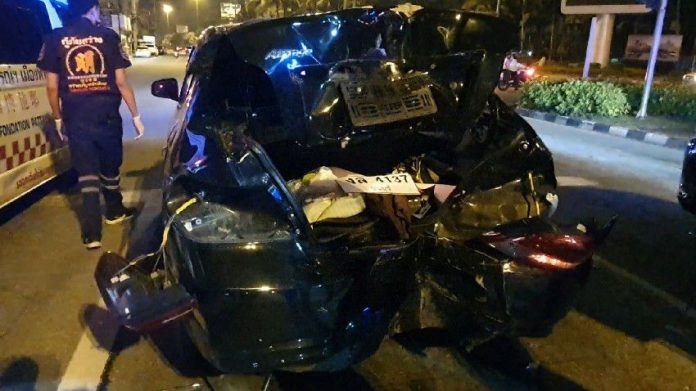 A motorbike driver has sustained serious injuries after crashing into a car stopped at a traffic light in Pattaya early this morning.

Rescue workers were notified of the accident at 2:00 AM at a traffic light in South Pattaya.

They and The Pattaya News arrived at the scene to find a damaged motorbike. The driver, Mr. Suchin Moonpetch, 38, had sustained serious injuries. He was rushed to a local hospital for medical assistance. Nearby rescue workers found a damaged sedan whose driver Ms. Ninnatee Bengya, 21, was found crying and emotional at the scene.

She told police that she had stopped at a red light when the motorbike which was driving at high speed slammed into the back of her sedan. She was not injured but was badly shaken up from the experience.

Pattaya police are continuing their investigation and reviewing CCTV. 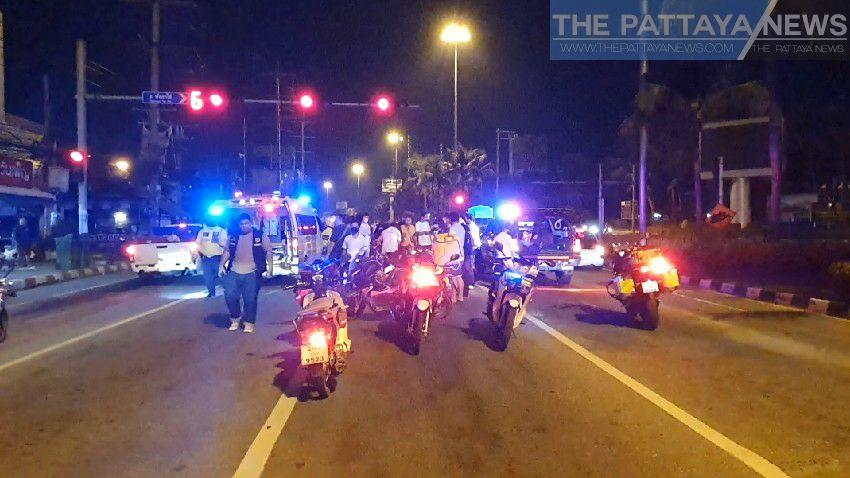