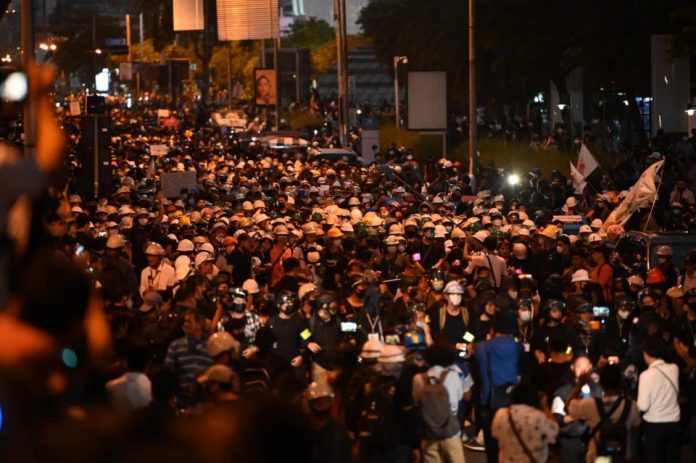 A pro-democracy march made it to the German Embassy in Bangkok yesterday, October 26, evening to submit a controversial petition to the German authorities regarding His Royal Majesty the King.

The peaceful rally also caught international media’s attention regarding the pro-democracy protesters due to the sensitivity of the topics covered which traditionally were not discussed in Thailand. 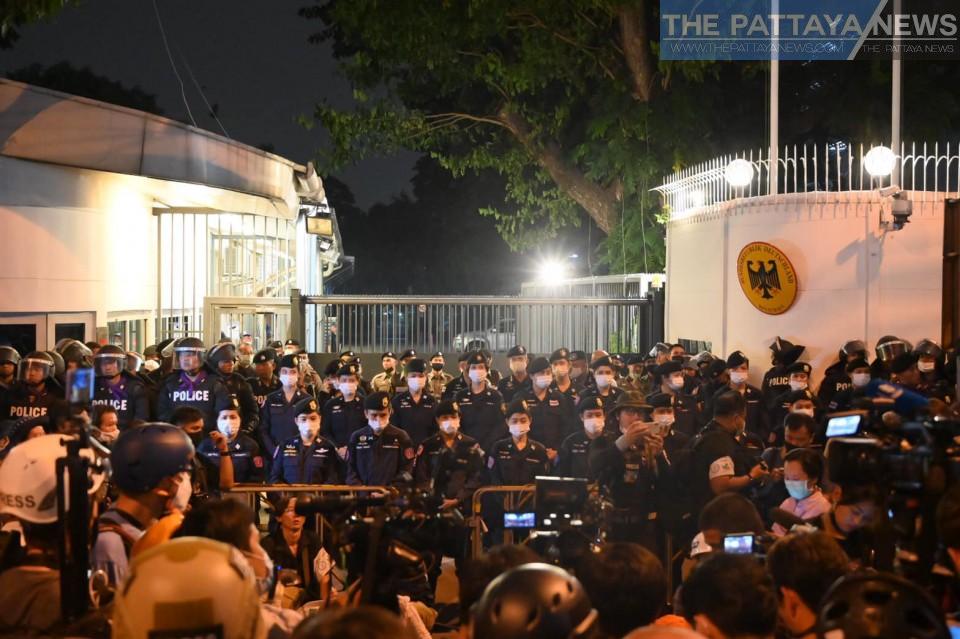 The protest front-liners arrived at the German embassy where riot police blocked the entrance around 7:00 PM before three protester representatives were allowed to go inside the Embassy to submit the letter an hour later.

According to the People’s Party’s petition, the pro-democracy protesters are requesting Germany to investigate whether His Royal Majesty the King has conducted Thai politics using his royal prerogative from German soil or not since such action could be considered a violation of Germany’s territorial sovereignty.

The petition also makes various other demands and inquiries along similar lines. Although the letter was accepted by the German Embassy and they stated in so many words they will look into the issue it is unclear what the next steps are. A similar letter was also submitted by pro-establishment protesters earlier in the day but “explaining” Thai politics. One of the representatives, Patsaravalee “Mind” Tanakitvibulpon, had announced the end of protest at 9:00 PM. after the letter had been submitted. Another upcoming major rally might be conducted by the end of the month if the Thai government continues to ignore their core demands, Mind added.

Meanwhile, a human rights lawyer and pro-democracy protest leader, Arnon Nampa, has been re-arrested in one case last night after being granted bail in another.

The lawyer was initially placed under arrest on October 15 during a crackdown of mass demonstrators in front of the Government House and was flown to Chiang Mai to face an alleged sedition charge for attending a rally in Tha Pae on August 9. 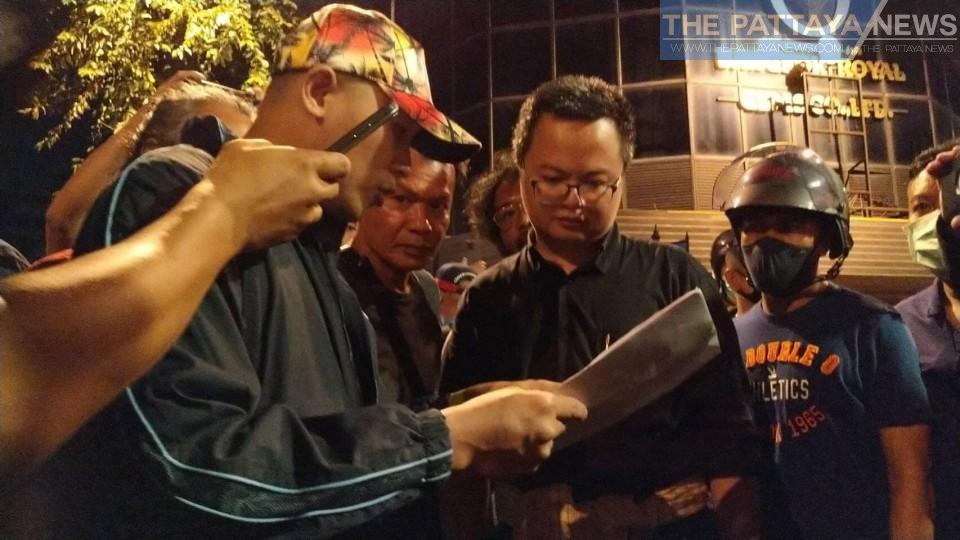 The Chiang Mai Court had approved to release him on bail yesterday for a surety of 200,000 baht, according to Thai Lawyers for Human Rights.

However, the lawyer was immediately detained after a release by Chana Songkhram police for his participation in a Free Youth mass rally on September 19 at Thammasat University and Sanam Luang in Bangkok.

Arnon was being taken to Bangkok in a van, accompanied by a lawyer. It was unclear whether he would be held at the Chana Songkhram police station or at the Border Patrol Police Region 1 headquarters in Pathum Thani province.