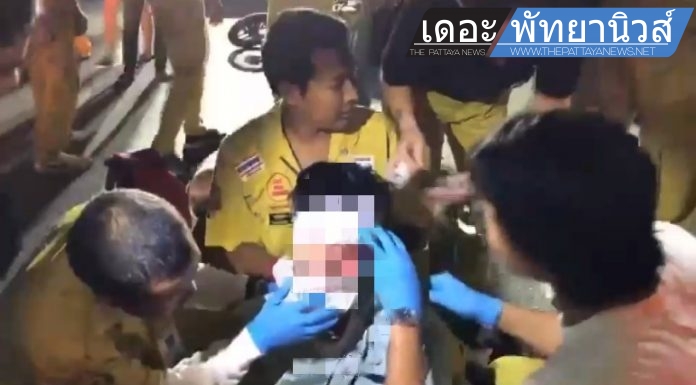 A young vocational college student was seriously injured last night after crashing into the back of a passenger van in the Bangsaen area of the Chonburi province.

The accident took place at the inbound Sukhumvit Road in Bangsaen near Soi 14 at 9:30 PM last night. Rescue workers and local Thai media rushed to the scene after being informed of the accident.

The injured man was identified as Mr. Jakkrit Changkwian, who was named as a local college student. His exact age was not given. He had suffered multiple wounds including to his skull. He was taken to a local hospital and was unconscious. 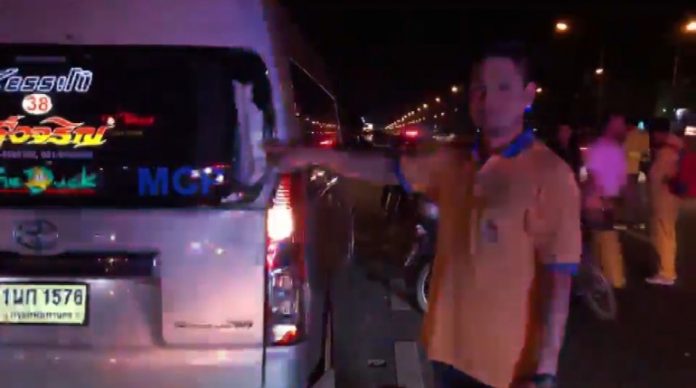 Mr. Anurak Rampe, 31 years old, was the driver of a Toyota passenger van involved in the accident. He was not injured. He stated he had parked on the side of the road to drop off a passenger when Mr. Jakkrit crashed into the back of his vehicle, allegedly at high speed.

Police are reviewing CCTV in the incident however stated at this time based on the testimony of the driver and other witnesses that Mr. Anurak’s statement appeared to be correct. Jakkrit remains in a local hospital in serious condition as of press time.