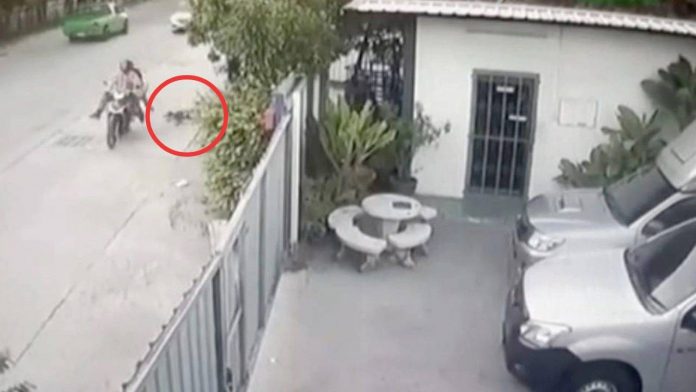 A motorbike passenger has been pronounced dead this weekend after a pet dog reportedly ran out in front of a motorbike in Mueang Chonburi.

The Mueang Chonburi Police was notified of the accident yesterday (October 24th) near a school in the Nong Kangkok sub-district.

Emergency responders arrived at the scene to find the body of Mrs. Pikun Chueisunthorn, 60, a cleaner at Chonburi Hospital.

Her husband, Mr. Amnuay Cheuisunthorn, 63, a motorbike taxi driver, was found crying nearby. He was not injured.

CCTV footage nearby shows that the dog had dashed out in front of the motorbike. 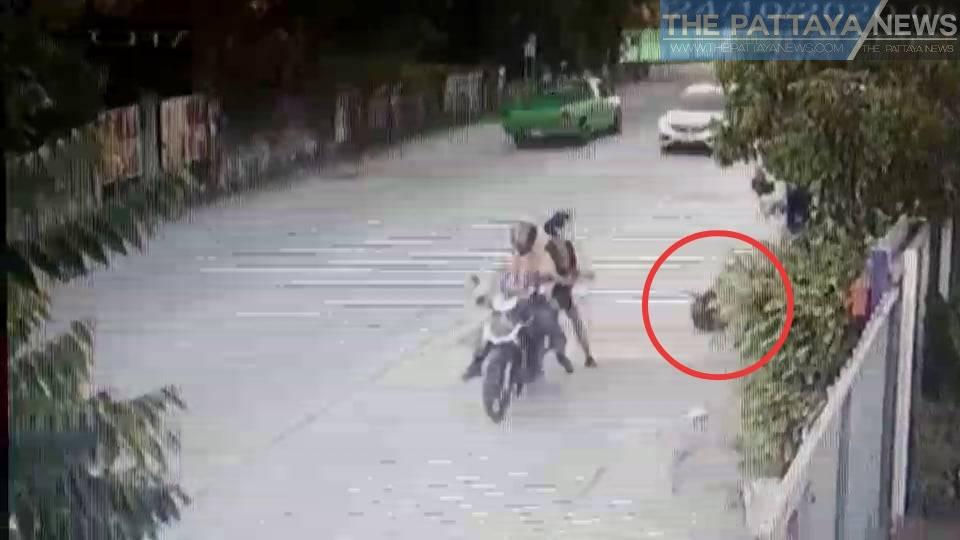 Mr. Amnuay managed to avoid hitting the dog by quickly veering away, however, his wife tragically fell from the motorbike. She was not wearing a helmet and was sitting sideways on the motorbike. The fall caused a significant impact to her skull, killing her nearly instantly according to rescue personnel.

The dog owner, Mr. Tanawut Srisupan, 37, reportedly told police that he will take full responsibility for the incident.