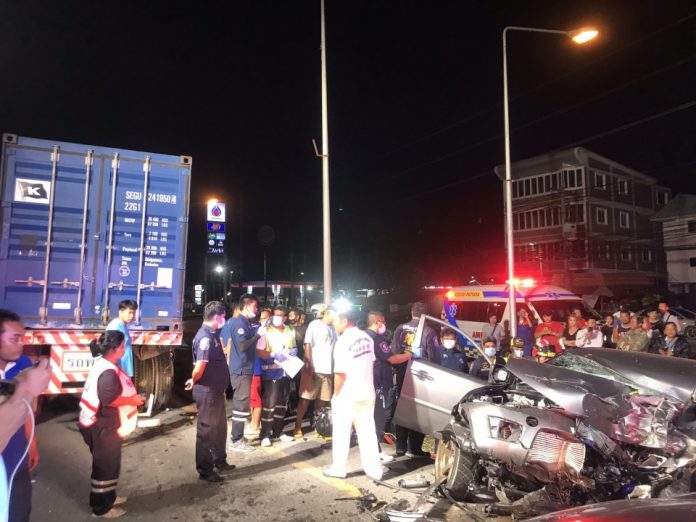 One person has died while another has sustained serious injuries after a pickup truck illegally street racing against another vehicle slammed into a trailer truck after midnight.

Captain Yuttaphon Boonkerd of the Banglamung Police was notified of the accident just after midnight (October 24).

Police, emergency responders and The Pattaya News arrived at the scene to find a severely damaged pickup truck on the road. 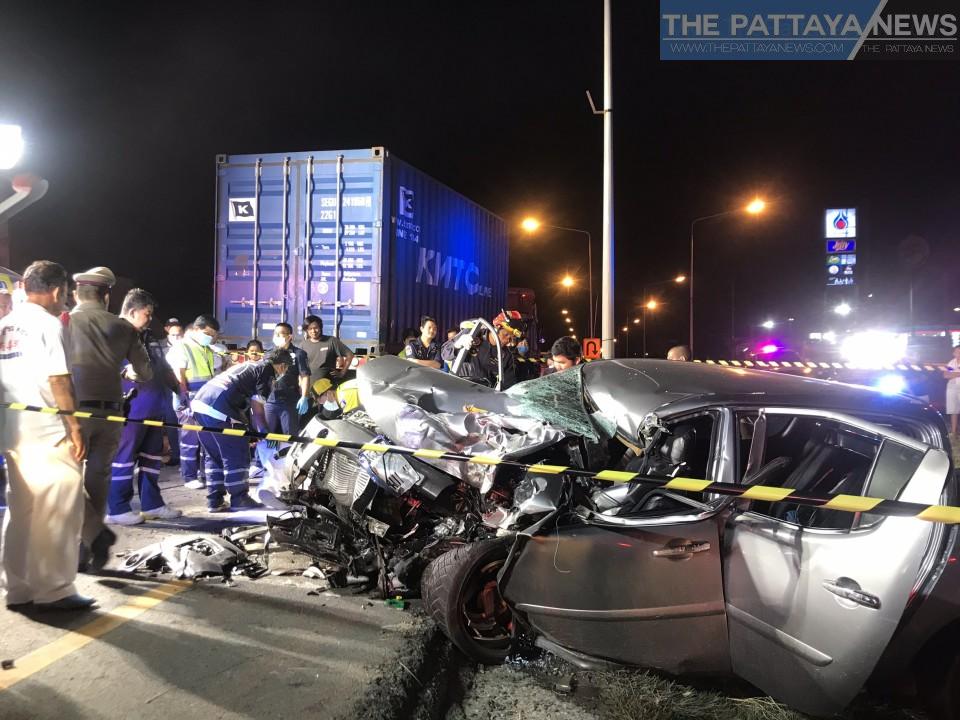 The speedometer of the pickup truck was stuck at 140 km/hr. Nearby, police found the damaged container truck involved in the accident. 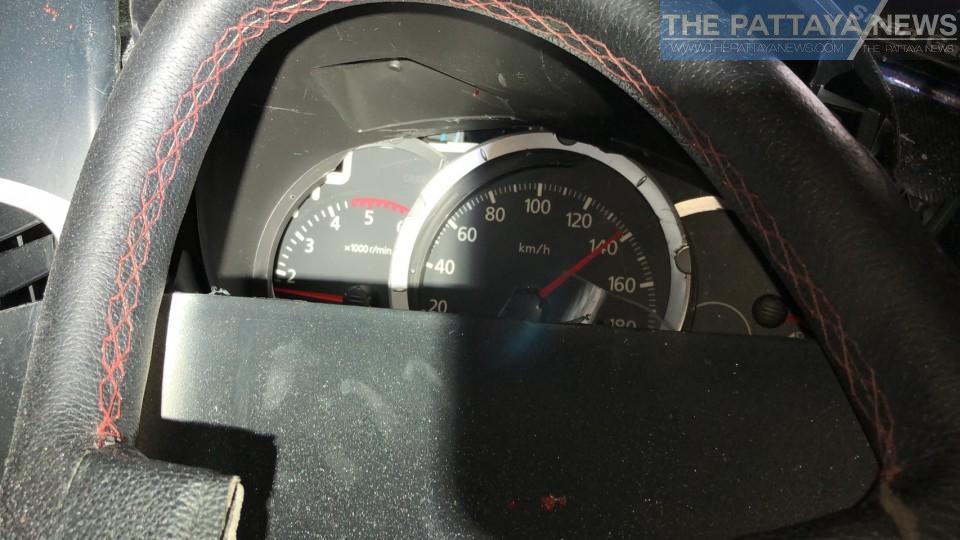 Rescue workers used a hydraulic cutter to free the passenger and the driver’s body from the pickup truck.

Their friends who were in another vehicle told police that the pickup truck was racing with another car before crashing into the trailer truck.

The trailer truck driver, Mr. Cha Sawatwong, 51,who was not injured, told police that the pickup truck and another car were racing at high speed.

The other car was able to avoid the crash but the pickup truck failed, losing control and careening into Cha’s trailer truck at an estimated 140 km/hr. 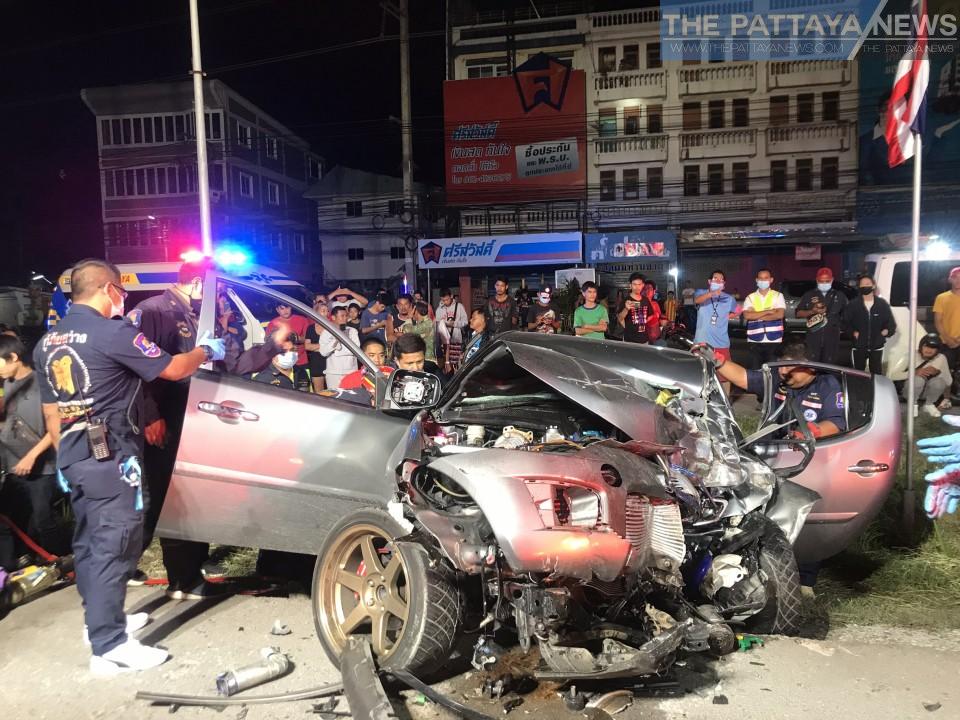 Police are reviewing CCTV footage nearby to review the exact sequence of events. Police are also going to attempt to locate the other vehicle involved in the racing before the fatal accident as that vehicle left the scene.