Banglamung residents today joined to support the monarchy and current establishment in Thailand at the Banglamung District Office.

The gathering was held at 4:30 PM this afternoon in which pro-establishment supporters were wearing yellow. 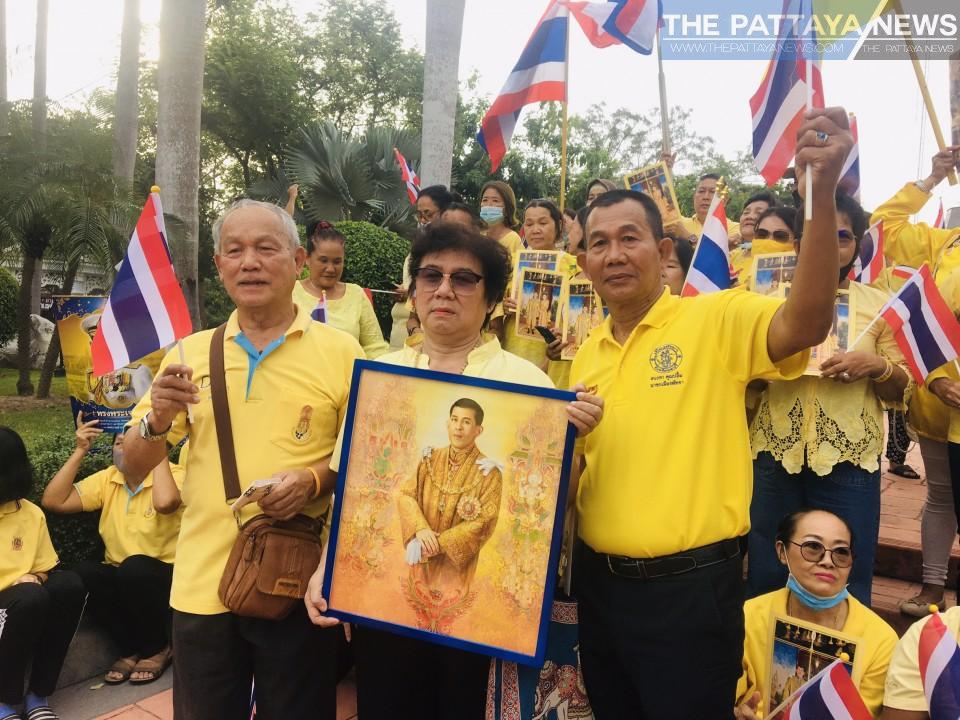 They were holding photos of both the former and current King as well as other members of the Monarchy to show support. 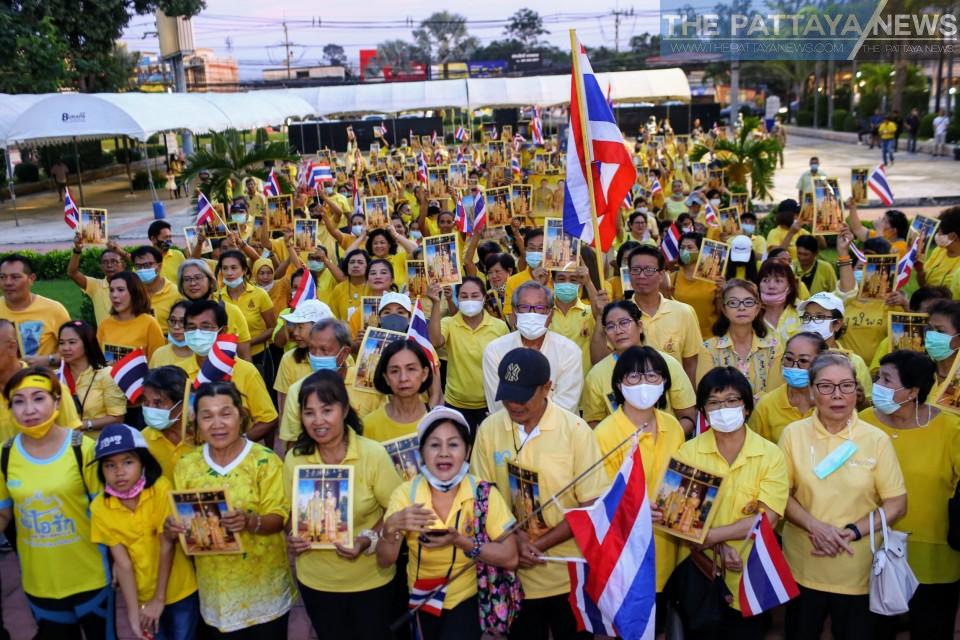 They were also waving the Thai national flags and singing the national anthem.

Mr. Nissai Maiyawong, a representative of the group, told The Pattaya News that ”We were showing support for our royal family and to express our love for the country, religion and The King.”

“We will not let anyone insult our most sacred institution.” Nissai stated.

The Pattaya News notes that the group was predominantly middle aged or older as opposed to predominantly younger Pro-Democracy protesters. The Pattaya News does not estimate crowd sizes and will allow readers to come to their own conclusions based on photos. A large number of pro-establishment rallies were held across the country today following days of pro-democracy and anti-establishment rallies that are calling for the Prime Minister to step down by the end of day tomorrow, Saturday, October 24. 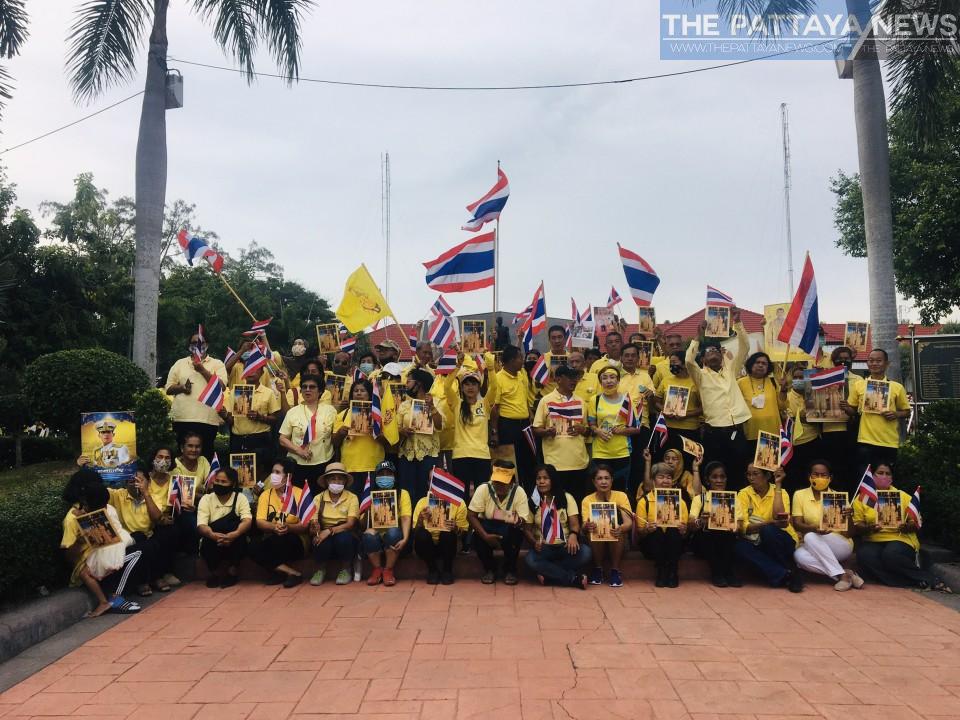