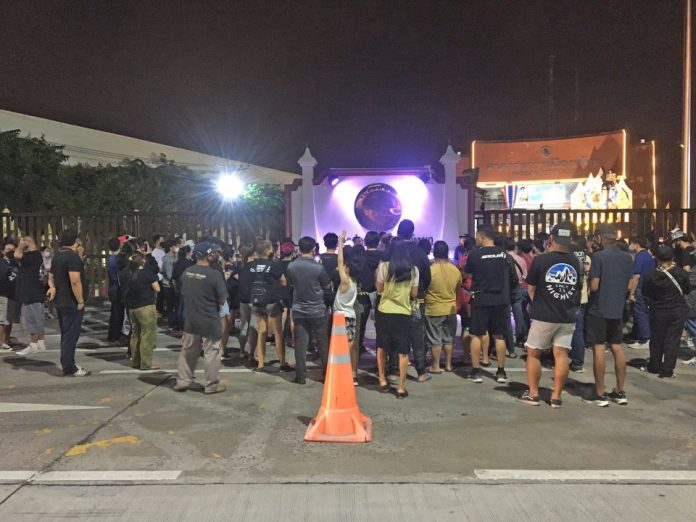 A group of protesters first gathered in front of the Pattaya City Hall in the afternoon. The Pattaya News does not estimate crowd sizes as a general policy. Officers were seen guarding the gate to the location and forbidding protesters from actually entering City Hall.

Protesters later moved to Tesco Lotus in North Pattaya which is opposite the Pattaya City Hall. The protest remained peaceful, with protesters holding speeches. The majority were younger although some older protesters were also spotted in the crowd. 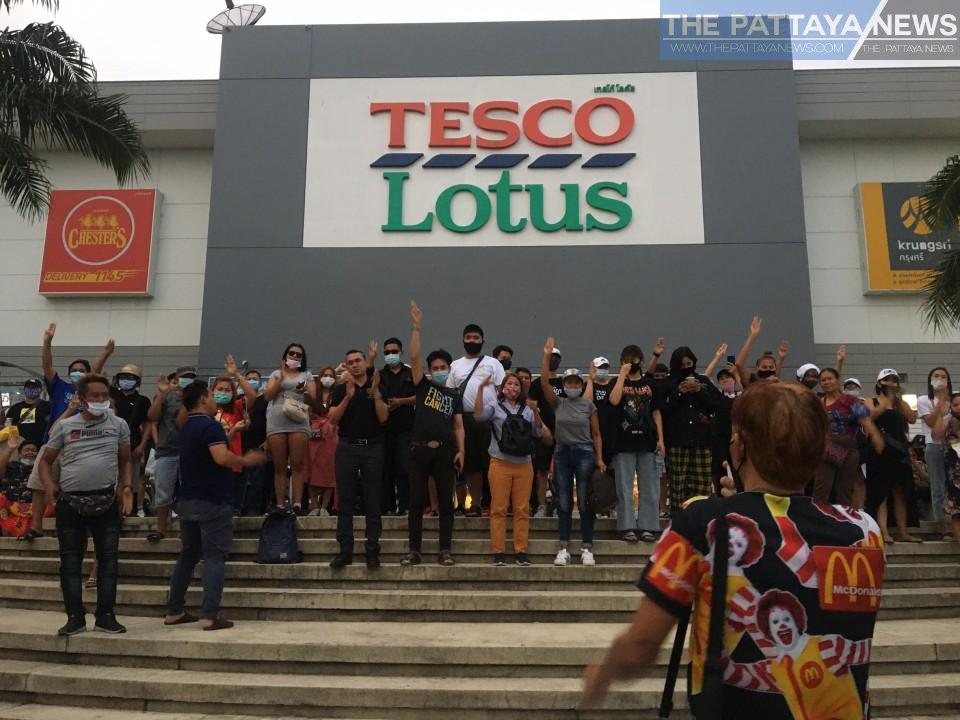 At night the protesters moved back to the front of the Pattaya City Hall again. 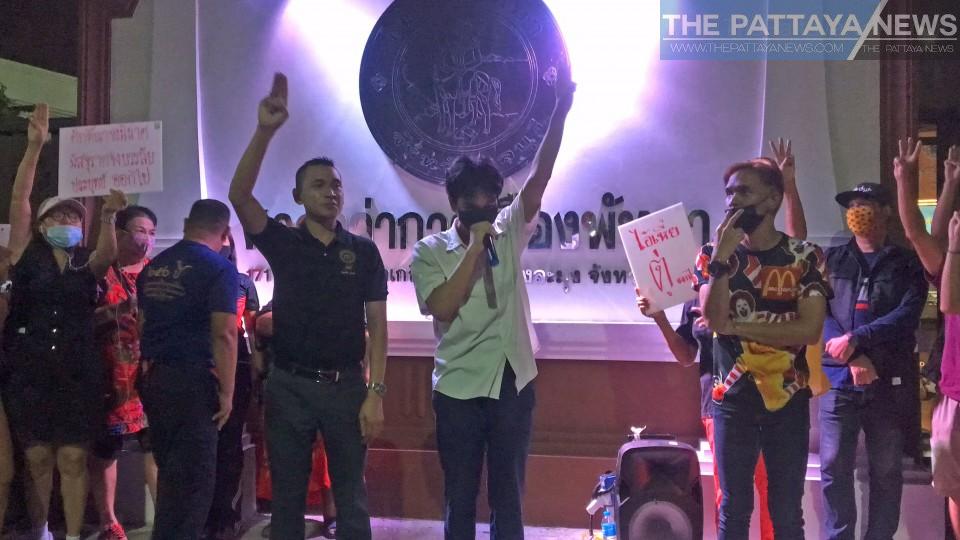 They spoke and expressed their opinion about the government only and three core demands involving drafting a new constitution, dissolving parliament and stopping harassment of protesters. More controversial demands from some protesters in the country, such as reform of the countries highest institution, were not touched upon.

The protesters have also called for the cancellation of the emergency decree, releasing  protest leaders, stop threatening people who are peacefully protesting, amend the constitution and conduct a new election.

Pattaya City Law Enforcement carefully watched the demonstration but did not disperse the protesters or ask them to leave. It is unknown if a proper permit for gathering was granted after in prior days city law enforcement stated that it had not been granted.