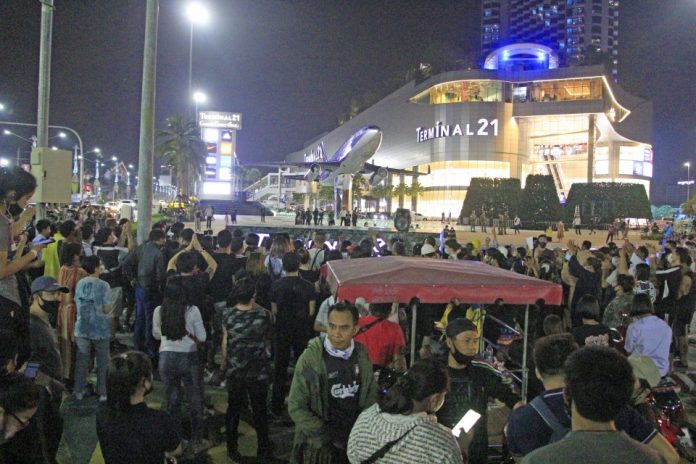 The protest began at 5:30 PM in front of Terminal 21 Pattaya and on Pattaya Beach near the Royal Garden Pattaya department store. 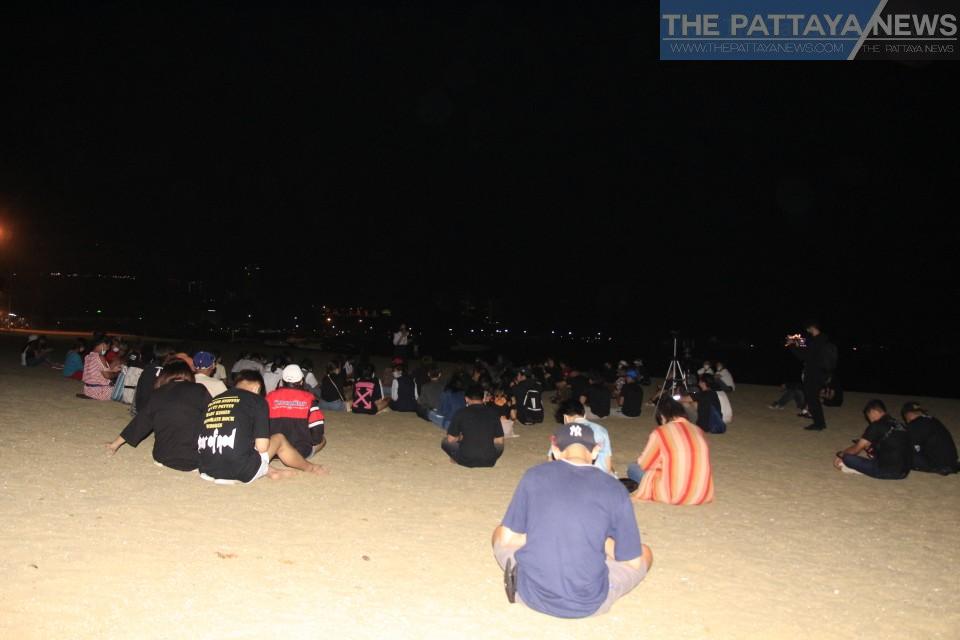 More than 100 protesters in each location had joined the protest, according to an estimate by the Pattaya Police. The Pattaya News does not independently estimate crowd sizes.

The majority of the crowds were high school students and university students. Some were adults and mostly appeared to be vendors from the Chonburi area.

The protesters peacefully spoke and expressed their opinion while some carrying signs in both English and Thai gave their opinions and views on the situation. 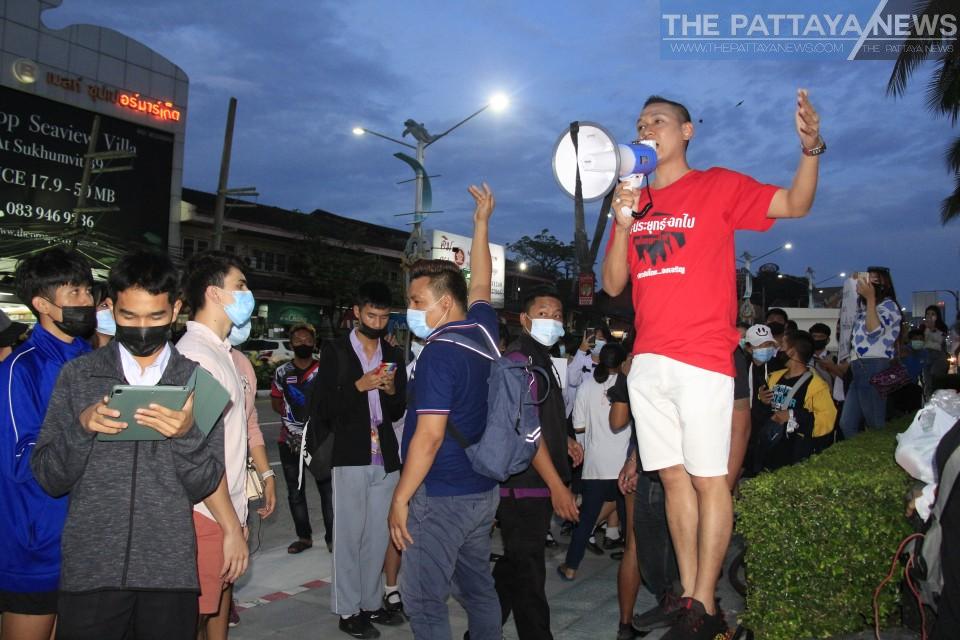 There is no report if any formal permission for a gathering had been filed.

Police and Banglamung officers were present and watched carefully from a distance. The protest had concluded at 8:00 PM.