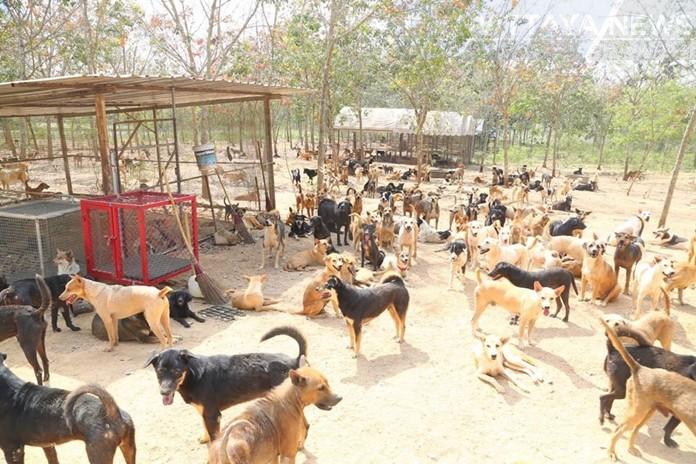 Note: The following is a user mail/opinion sent to us at The Pattaya News. The opinions within are their own and may not reflect those of The Pattaya News Co. Ltd.  We welcome dissenting opinions, if you would like to submit an article for publishing please send us an e-mail at pattayanewseditor@gmail.com.

To whom it may concern,

I have read both of your articles over the past week regarding attacks on children in Chonburi, one in Si Racha and one near Pattaya. In one case two dogs were said to have attacked multiple children and staff at a school at another a young girl was said to be attacked while waiting to go to school.

I live in the Pratumnak hill area, around Soi 5. The dog problem is, frankly, out of control here and anyone who lives in the area can vouch for this. The population has exploded since the Covid-19 pandemic started. I don’t know why it has grown so much, perhaps it was animals abandoned by their owners or perhaps the dogs simply moved from other areas because there are a lot less people around in Pattaya but more people in Jomtien?

Whatever it may be, the issue is now out of control, especially on Pratumnak hill, the road leading to the water park and Soi 4/Soi 5 on Pratumnak. In fact, the situation appears to be growing out of control through all of Jomtien but not as bad in Pattaya. Large packs of dogs are now gathering together daily and taking a walk at night can turn into an adventure if one of the dogs decide they do not like you. I have personally had groups come at me multiple times and although I am not afraid of dogs I have seen some people who clearly are try to run away or have other issues.

I’m well aware of the great work dog foundations have done with vaccinating and providing sterilization for the animals. I am also well aware of the strategy of the local groups which is something along the lines of catch them, spray or neuter them, vaccinate them and then release them back onto the streets. I’m aware of the reason for releasing the dogs in normal circumstances and I generally agree with it. However, now the situation with the Covid-19 pandemic, lack of people and population of dogs has exploded beyond control in the populated areas and large packs have formed.

Many of the dogs have no fear of people, no fear of vehicles and openly lie in roads causing accidents. I have personally seen two motorbike accidents caused by stray animals. It is now so bad in some areas with packs of dogs in the dozens, such as the exercise area on the hill, that one cannot go exercise, especially if they are uncomfortable around dogs. I understand dog lovers will likely go ahead and say all the dogs are friendly, passive and would never hurt anyone but unfortunately I have seen that is not the truth, especially if someone has natural fear of dogs, and simply telling someone to not be afraid is not the right answer.

So what is the solution? Personally, I think the city needs to relocate them, or at least a significant portion of them. No, not to the current pounds, which I am aware have many issues, but need to build something long lasting, humane, with plenty of food and medical care and take care of them there. Not dump them on the dark side as some people say and certainly not euthanize them as I am also a dog person. However, if tourists come back en masse to the current situation it is a disaster waiting to happen. I read the Nongprue Mayor has given some lip service about building new pounds and places, but will it happen? Who knows.

The city has some time in my opinion before tourists are allowed back into Thailand to consider the problem but simply leaving all the dogs on the street in these heavily populated areas shouldn’t be the solution.

Editor’s Note: We have got many, many mails on this issue here at The Pattaya News with many different points of view on this issue. We also work closely with local foundations and the Soi Dog Foundation and we understand this is a sensitive issue and not an easy one to solve. We welcome your comments but any comments that suggest violence or hurting animals to resolve the situation will be removed and the user banned. Thank you for understanding and keeping the conversation civil.

Photo is one of the local stray dog “pounds” from a stock article.