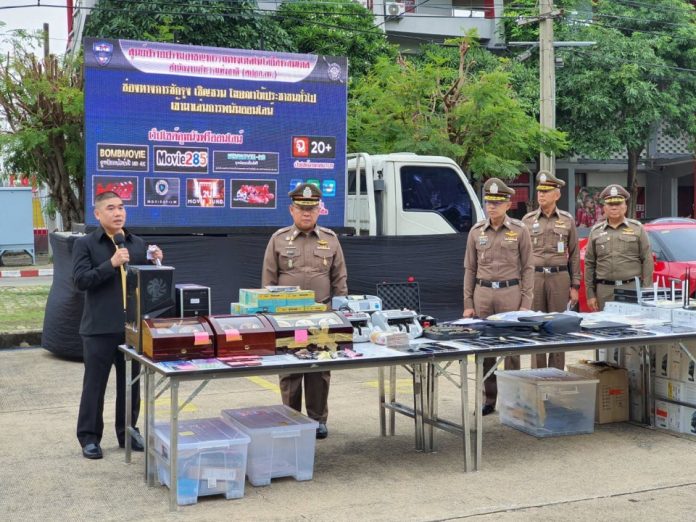 Alleged online gambling operator Tantai Narongkul, 24, along with three of his colleagues were arrested in Bangkok today after allegedly operating nine illegal online gambling websites under the ‘UFA’, ‘SAGAME’, and ‘SEXYGAME’ website URLs with working funds in the millions of baht.

Following the capture of twenty-five illegal website employees in early October, an arrest warrant for the alleged owner was issued on the following week over the charges of organizing, advertising, directly and/or indirectly inviting internet users to involve or to join in illegal gambling, and money laundering.

Police Lieutenant General Suwat Chaengyotsuk, the assistant to the national police chief, said at a conference today, October 13, that the company had organized online gambling through nine websites and had advertised and persuaded internet users on twenty pirated free movie websites in a form of short music videos.

The arrest of Tantai took place in Bangkok while his employees were caught in Rayong. One million baht in cash along with 11 luxury cars, 26 sets of computers, 108 mobile phones, with a total worth of 75 million baht and 2 firearms were seized during the police raid at their office in Pathum Thani.

Tantai allegedly admitted to operating illegal gambling websites with a number of his friends and relatives who were already placed under arrest earlier this month. All of the suspects are detained in Bangkok and under further interrogation by investigators for more leads and evidence.-=-=-=-=-=-=-=-=-=-=-=-=-=-=–=–=–