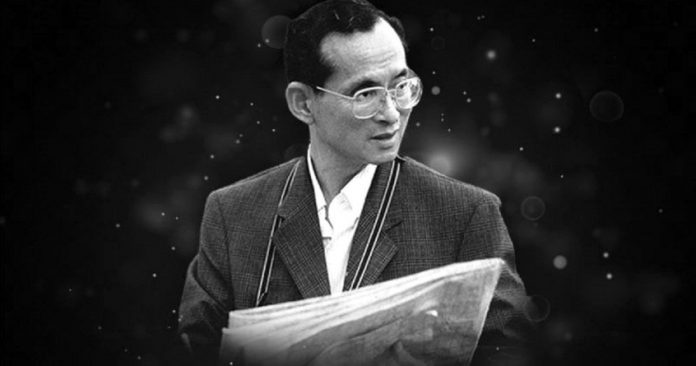 Today, October 13, has marked the four year anniversary of the passing of His Royal Majesty King Bhumibol Adulyadej The Great (Rama IX) who passed away on this day, 2016, at the age of 88. The day has been observed as a national holiday since 2017 to commemorate and remember the anniversary and his legacy.

The passing of His Late Majesty King Bhumibol Adulyadej had caused tremendous sadness and heartfelt sorrow among Thai people across the world as he was also regarded as the Father of the Nation. 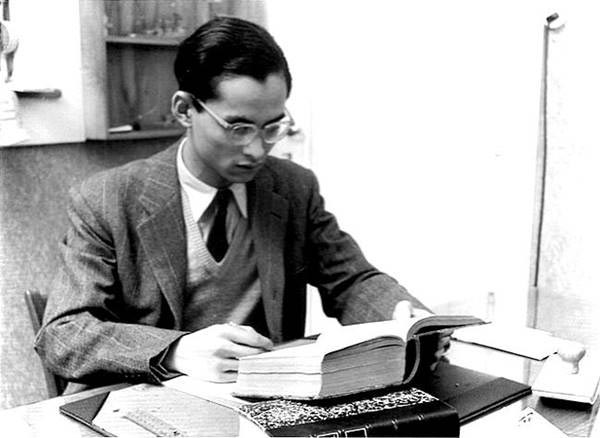 Born on December 5, 1927, in the United States, His Late Majesty the King was the third and youngest child of Their Royal Highnesses Prince and Princess Mahidol of Songkla. Most of his childhood was spent in Europe as his mother took the family to Switzerland after his father died when he was only two years old.

He ascended the throne and was named the King Rama IX of Thailand after the sudden death of his elder brother, King Ananda Mahidol, on June 9, 1946. He returned to Switzerland during the 100-day mourning period to finish his education in law and political science before the coronation ceremony.

While doing his degree in Switzerland, the king had frequently visited Paris where he first met Mom Rajawongse (MR) Sirikit Kitiyakara, the eldest daughter of Prince Nakhatra Mongkol Kitiyakara and Mom Luang Bua Snidwongse. They eventually began a romantic relationship and announced a royal engagement in 1949. 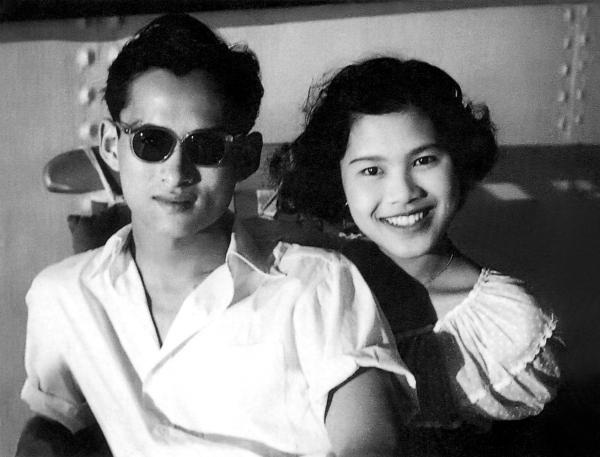 The coronation of King Bhumibol took place at the Grand Palace the following year a week after their royal wedding. During the ceremony, his oath “I shall reign with righteousness, for the benefit and happiness of the Siamese people.” had captured the heart of the Thai people for over 70 years.

During his reign, His Majesty King Rama IX had been credited with his down-to-earth and compassionate manner as well as his ability to stave off numerous national catastrophes through his intelligence, fortitude, and his love of the country for seven decades. He had also been acknowledged as a keen craftsman, a talented artist, a dog lover, and the guardian of the nation.

His countless royal projects and his philosophy of self-sufficiency have carried on to recede poverty nationwide and have been developed and expanded to benefit both the public and the country as a whole. In remembrance of His Majesty King Bhumibol Adulyadej, Thai people are encouraged to wear yellow, which represents the King’s symbolized color, as a mark of respect. It is common for people to participate in community services such as road or beach cleaning, picking up garbage, distributing food, and other good deeds.

An alms-giving ceremony for Buddhist monks and novices in remembrance of the anniversary of his passing, hosted by the Thai government, is also annually held at Sanam Luang in Bangkok in the morning. This ceremony will also be held in provinces and Thai embassies overseas.