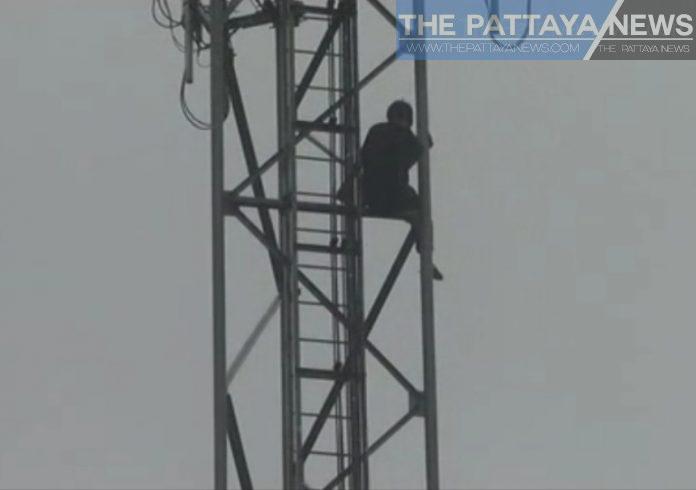 A Thai man was successfully rescued after he climbed a tall antenna tower in Si Racha earlier this week.

The man, 28, whose name was withheld per editorial policy, reportedly climbed the pole Thursday (Oct 9) in the Bang Phra sub-district.

Patrol police and the Si Racha District Chief Dongphon Rujitammatat were assisting on a loudspeaker to encourage the man to come down from the pole in the rain. 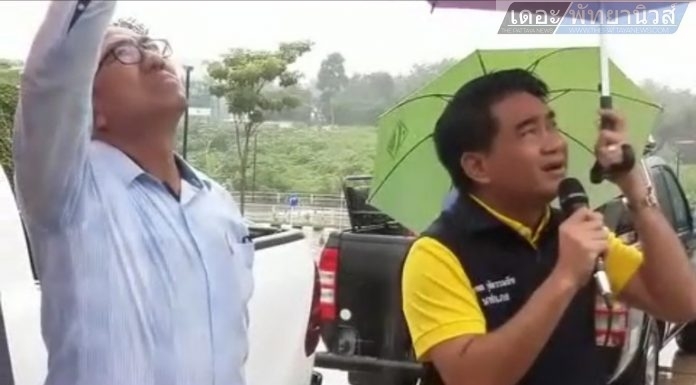 It took more than one hour to successfully rescue the man. He was taken to a local hospital for medical assistance.

His father told The Pattaya News that his son had a brain operation when he was very young. As a result the man has several mental illnesses. He always gets nervous but never tried to do this before, according to the father.