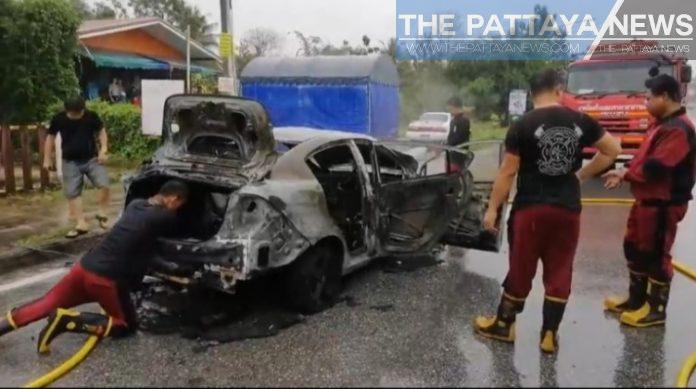 A man escaped from a burning car in Si Racha yesterday (Oct 8), the third car fire in Chonburi in about a week.

Fire fighters from the Surasak Municipality were notified of the fire yesterday on the Si Racha – Nong Kor Road in the Surak sub-district.

The Si Racha Police, fire fighters and The Pattaya News arrived at the scene to find a burning sedan on the road.

It took about 20 minutes for fire fighters to control the fire. The vehicle was totally destroyed by the fire. 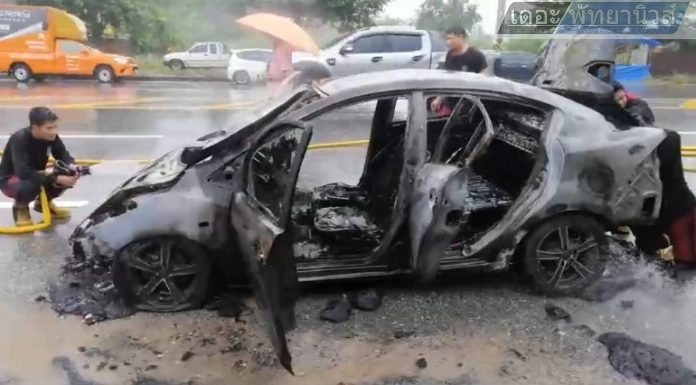 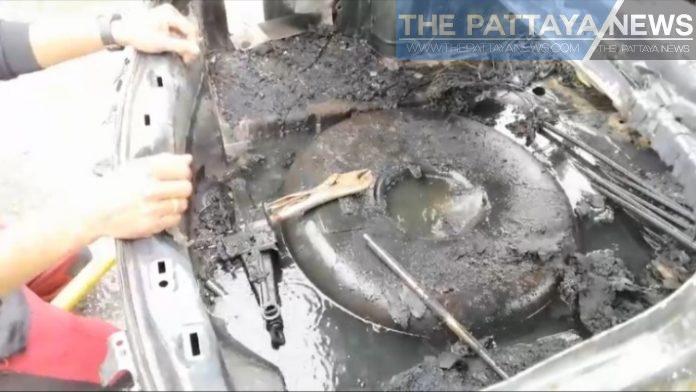 The sedan driver, Mr. Kietikun Pinta, 37, told The Pattaya News that he was driving to his office when someone called him.

He stopped the sedan to take the call when he saw smoke coming out from his vehicle.

He quickly grabbed some personal items before escaped from the vehicle and growing fire, according to his statement.

A woman escaped from a burning car in Chonburi last week, the second person in less than 24 hours in the area to do so.