Banglamung, Chonburi-Three people have survived after their pickup truck overturned in Nongprue early this morning.Captain Janda Dermpan of the Banglamung Police was notified of the accident at 3.30 AM on Sukhumvit Road near a gas station.Police, emergency responders and The Pattaya News arrived at the scene to find the overturned pickup truck on the road. A tree on the central reservation was also damaged. 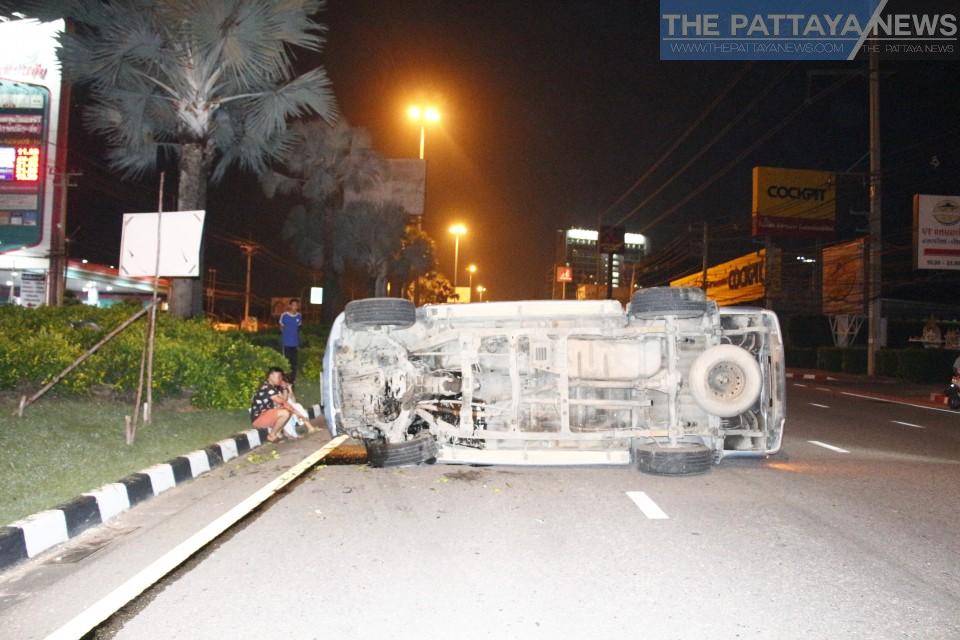 Mr. Phonsawat told Banglamung police that they were coming from a night club in Pattaya. He lost control and swerved into the central reservation. He tried to avoid crashing with the tree, yet failed and the pickup truck overturned as a result.Mr. Boonsri was detained and will be given an alcohol test at the hospital. He faces possible legal charges following the incident. 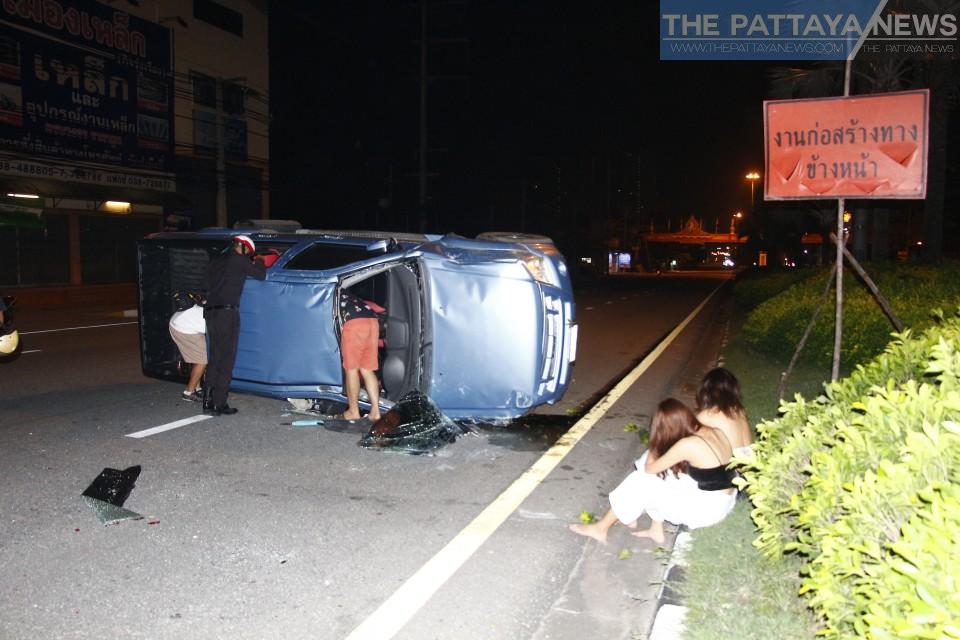