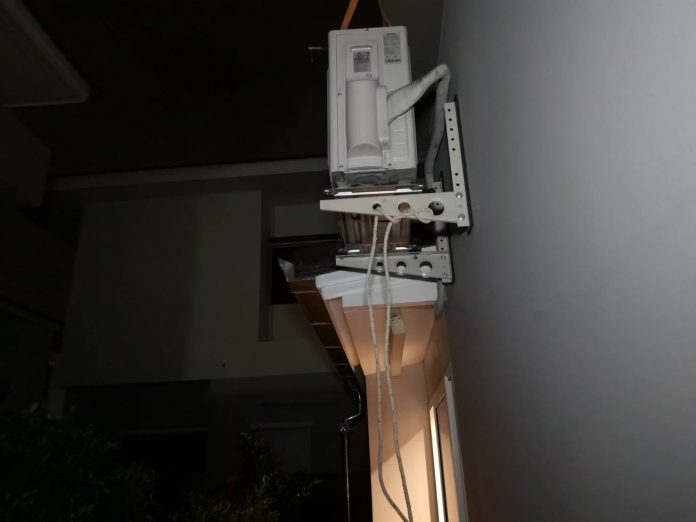 A Korean man was pronounced dead by suicide, reportedly taking his own life in front of his wife at a house in the Banglamung area early this morning.

Lieutenant Colonel Teetat Tarunjan of the Nongprue Police was notified of the incident at 3:30 AM at a housing estate in Nongprue.

Police, rescue workers and The Pattaya News arrived at the house to find the body of the Korean man, 43, on the ground under an air compressor. (The Pattaya News is withholding his name pending of embassy notification.) His body was taken to a local hospital for an autopsy and examination.

A rope was found around his neck. A rope was also found tied under the air compressor. 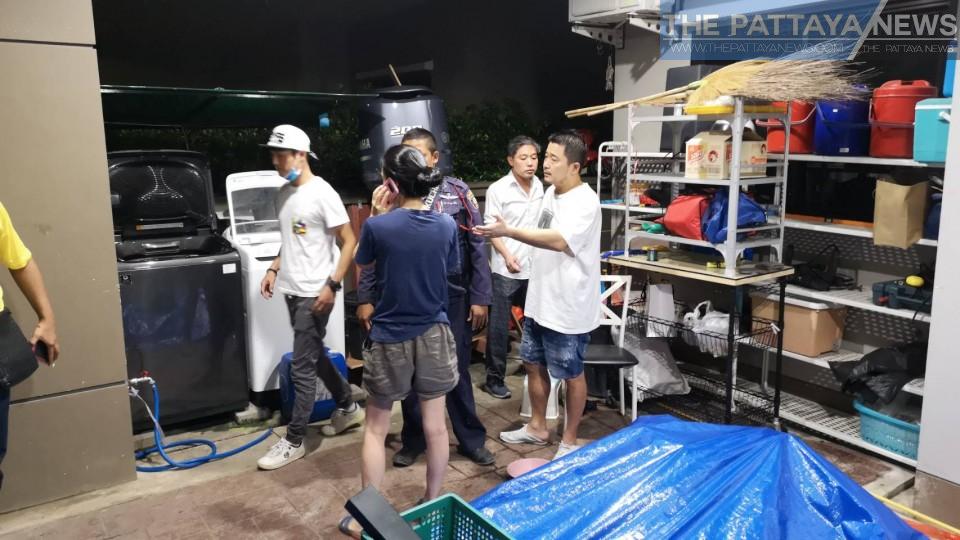 A security guard, whose name was not given, at the housing estate told police that the Korean businessman lived with his wife and two children (6 and 8 years old).

The wife and the husband were allegedly verbally arguing in front of several friends before the Korean man went to the garage. When his friends and wife went to check on him he was reportedly hanging from the air compressor. The nature of the argument was not given.

Friends of the Korean man had already pulled down his body by the time Nongprue police arrived. 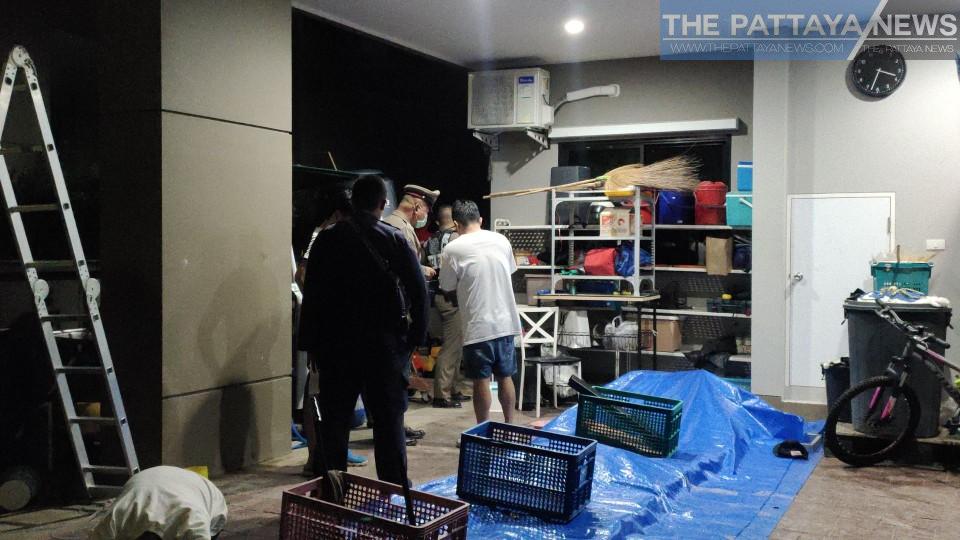 Police revealed that home CCTV footage shows the incident was a suicide.