Here is a look at the top NATIONAL stories, chosen by our Pattaya News/TPN National team, from last week, September 21st to the 27th, with some commentary. They are not in any particular level of importance but are listed in order of date of publication. 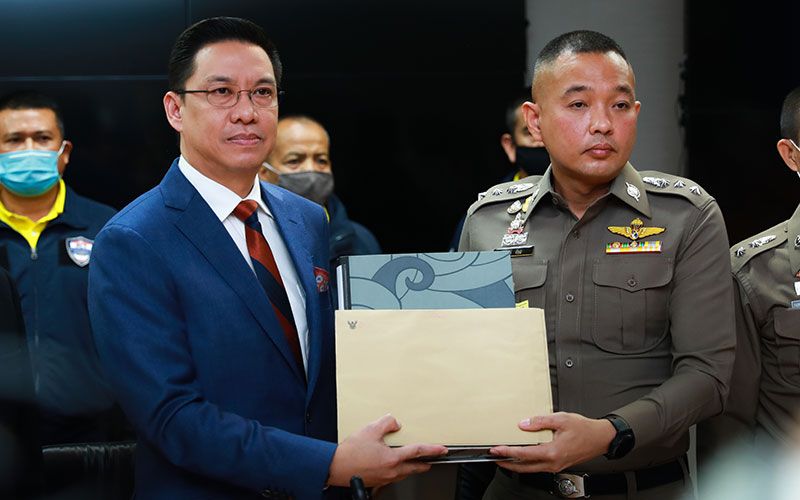 More additional holidays in November and December were officially added to the Thai calendar as a result of the effective boosting of the domestic economy during a four-day weekend substitution for the previously postponed Songkran holiday. The first long holiday is scheduled to be between November 19th to the 22nd and the second weekend is set to be on December 10th to the 13th. The Thai government now keeps its fingers crossed that domestic tourists would travel across the country and spend their money again to spur the tourism industry while the country’s border is closed for foreign tourists at the moment.

2. Online vendors will now face hefty penalties if they refuse to detail product prices explicitly, according to the Thai Royal Gazette

The notification is acted upon several online vendors on social media and other online platforms which were often seen omitting their product prices, providing limited details, and telling interested shoppers to contact via ‘direct messages’. Now, those behaviors will be fined up to 10,000 baht per offense and patrons will also be able to receive 25 percent of it if they provide evidence to the Department of Internal Trade.

Online vendors will now face hefty penalty if they refuse to detail product prices explicitly, according to Thai Royal Gazette

The complaints were reported against major social media providers worldwide after they reportedly failed to abide by requests from the Ministry of Digital Economy and Society to remove 436 illegal links that were identified as being against Thai law. Five Twitter accounts of protest leaders who had allegedly committed sedition were also filed. The providers would also face penalties as high as 200,000 baht per post and/or a daily fine of 5,000 baht a day if they refused to act according to the complaints. As of press time, an immediate response from the companies has not been made.

Details of the ‘Special Tourist Visa’ (STV) had recently been updated on YouTube last week by the Tourism Authority of Thailand following the proposal approval by the Thai Cabinet. Interested applicants are required to declare their intent to apply for the STV by emailing mandatory documents to a company liaised with the Tourism Authority of Thailand and the applicants must willing to comply with Thailand’s public health measures and to be quarantined to be eligible for the STV. Click on the link below for a summary of the steps to take.

5. Vote for constitutional amendments in Parliament in Thailand delayed at least one month, protesters upset with decision

After a two-day “hot seat” debate in the Parliament on whether to amend the Constitution, the members instead voted for the establishment of a committee to consider the amendment proposals, which will also delay the amendment process by at least one month. The final decision has outraged pro-democracy demonstrators who had been gathering in front of the Parliament last Thursday to witness the decision, hoping that some proposed amendments, including the eradication of the senator structure appointed and favored by the military-based government, would be approved. The protesters also booed Pro-Government MP’s and cheered opposition MP’s as they left the Parliament building.

Vote for constitutional amendments in Parliament in Thailand delayed at least one month, protesters upset with decision

That is all for this week, thank you as always for reading the Pattaya News!