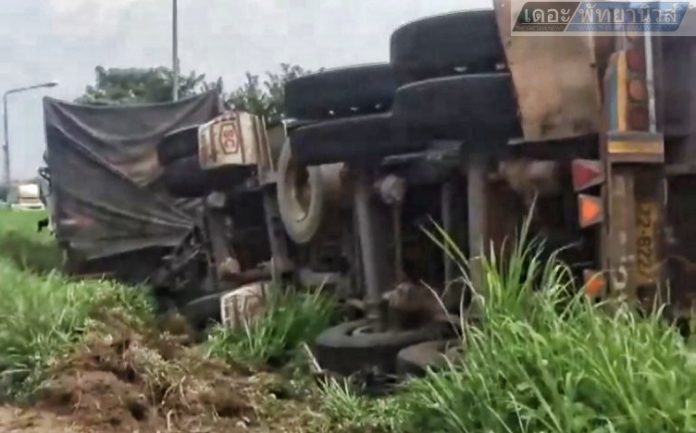 One passenger was injured after two trailer trucks slammed into each other in Ban Bueng, Chonburi yesterday.

The Ban Bueng Police was notified of the accident yesterday in the mid afternoon in the Nong Irun sub-district.

Police, emergency responders and The Pattaya News arrived at the scene to find an upside-down trailer truck and a second damaged truck in the middle traffic island of the road. One trailer truck passenger was stuck in the cab and injured. Rescue workers used a jaw of life to free him. He was taken to a local hospital for medical assistance. 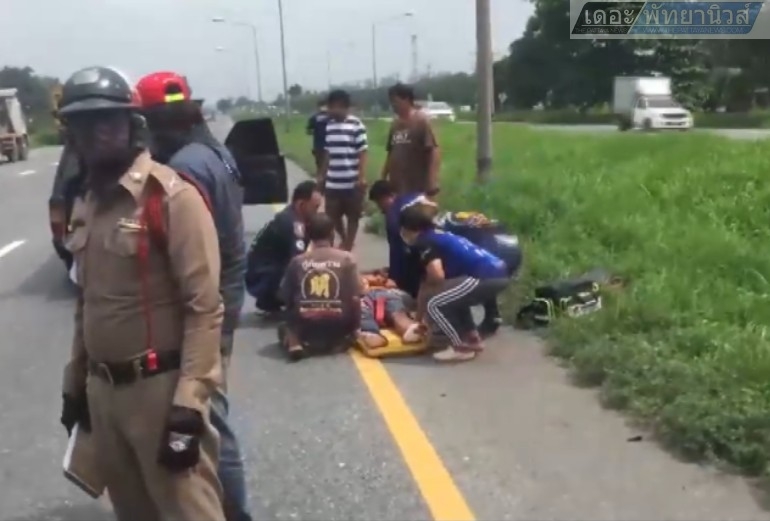 The smaller truck driver, Mr. Pratap Meetai, 43, who had not been injured at all, told police that he had slowed down his vehicle before a police checkpoint on the road. The other trailer truck was reportedly driving close behind.

Meanwhile, the trailer truck driver Sarawut Kotchasan, 47, told police that he attempted to stop immediately but was unable to.

Ban Bueang police are continuing their investigation for further potential legal action and plan to review CCTV to determine which driver was at fault.