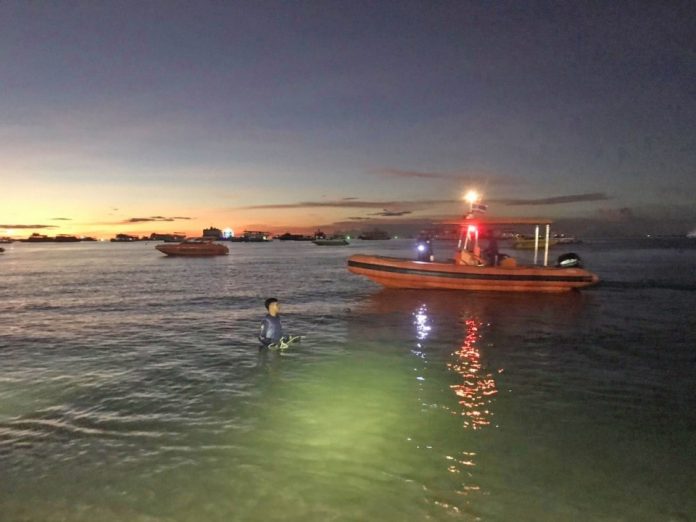 The body of a Dutch man was found floating near Pattaya Beach this evening in Pattaya Bay.

Captain Puttarak Sornkamhan of the Pattaya City Police was notified of the deceased foreigner in the sea at 7:00 PM near Pattaya Walking Street in South Pattaya.

Rescue workers arrived to find the body face down in the water. His body was pulled up from the water by rescue workers. Police said no signs of struggle or distress was found on his body. The body was identified by police as a 74 year old man from the Netherlands. (The Pattaya News is withholding his name pending of embassy notification.)

He was wearing only underwear. His Thai wife, Ms. Sukjai Bungutum, 41, was found crying near his body.

Ms Sukjai said “My husband told me he was going to go swimming. He had not returned after many hours. I was worried as he had personal health issues after a recent accident.”

“I called Pattaya police for help until I was informed that his body was found.” She told The Pattaya News.

However, an autopsy is being conducted to determine the exact cause of death. 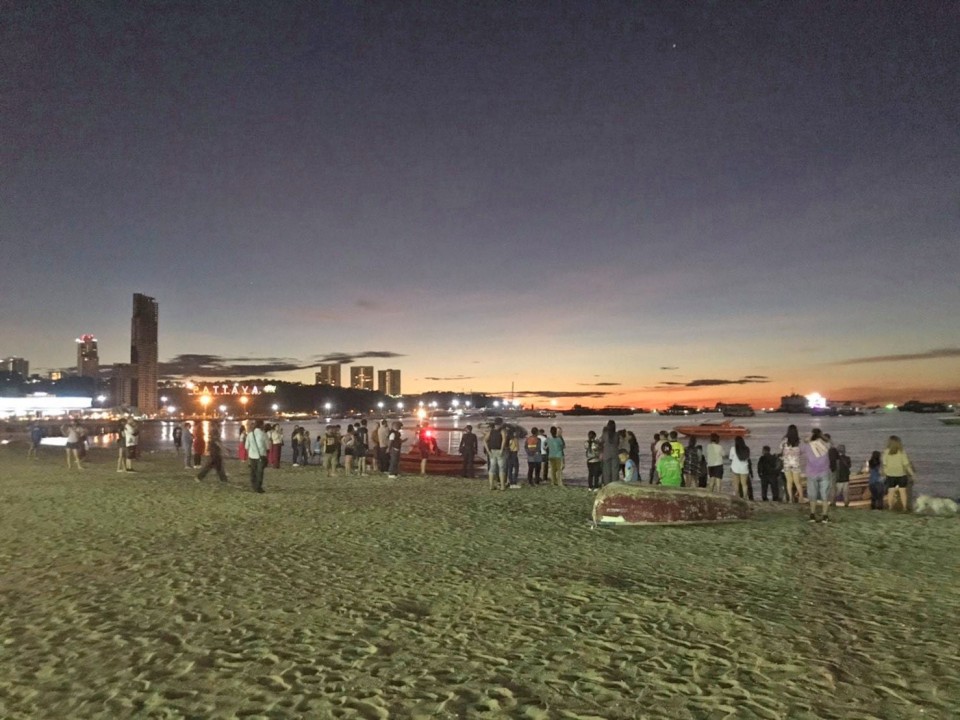