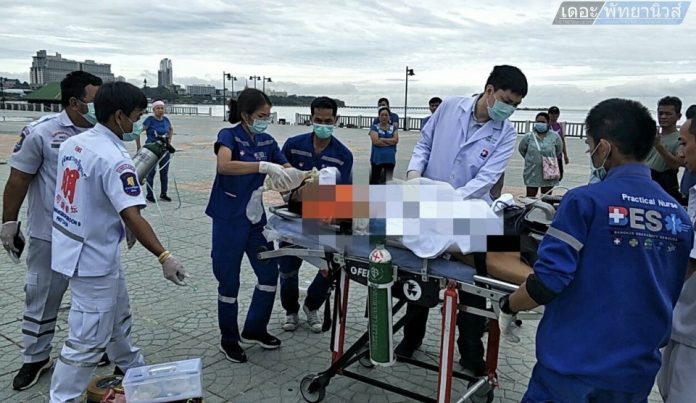 A middle aged Thai man was rescued this morning in the Naklua area after collapsing while exercising at the Lan Pho Public Park, shocking bystanders.

The incident took place around 8:00 AM this morning, September 24, 2020 at the popular Naklua area park when the unidentified man, aged around 55 years old according to rescue workers, collapsed and hit the concrete pavement while jogging in the park. 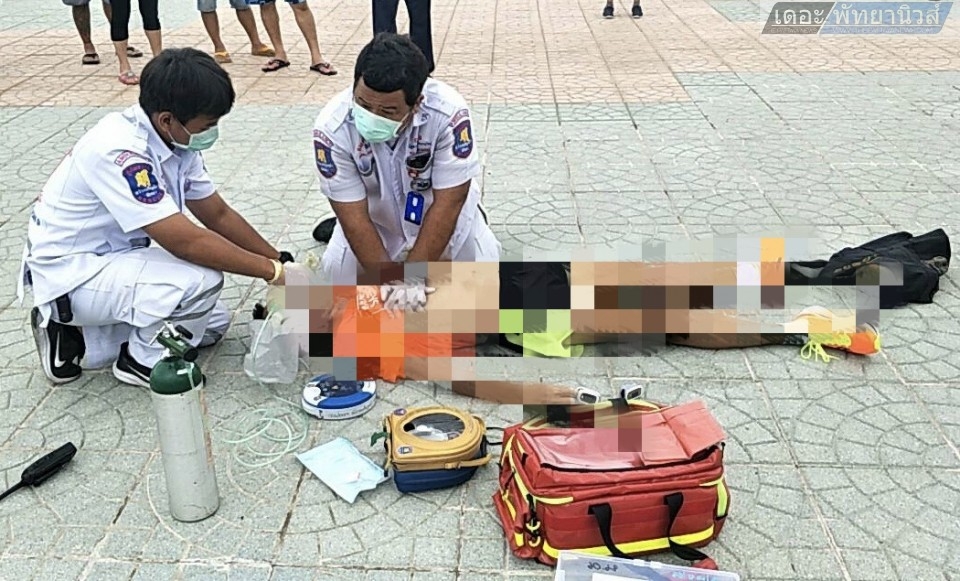 A good Samaritan nearby immediately called for rescue services to assist the fallen jogger. Luckily, the Sawang Boribun Foundation Rescue Team dispatched an ambulance from the nearby Bangkok Pattaya hospital to assist the man. He was given medical care at the scene of the incident and brought to a nearby hospital. The man was unconscious.

According to eyewitnesses, who were not named, the man comes to the park every morning and spends several hours exercising. They did not, however, know his name and he did not have identification on him. Medical workers believe the man will be able to recover from his injuries due to the quick response time of nearby bystanders.