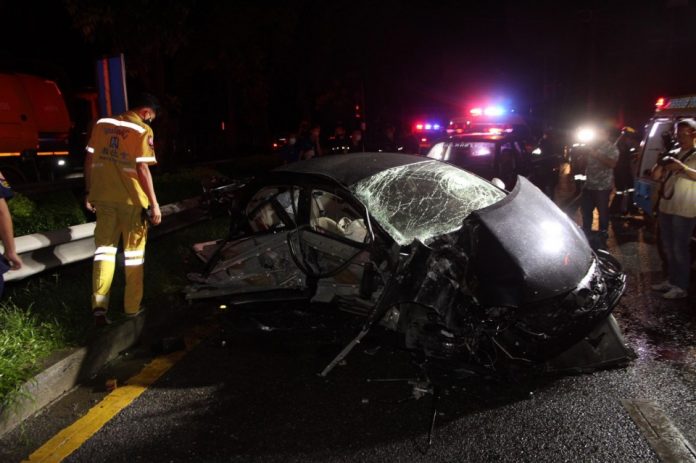 Popular local DJ Annop Poonsripattana, 33, was killed in a likely high-speed car crash early this morning, September 24, at a dangerous curve locally dubbed the “Curve of 100 deaths” on Ratchadapisek Road in Bangkok.

Officers from the Phaholyothin Police Station arrived at the scene after being alerted to the deadly crash near Soi Ratchadapisek 32 in Chatuchak district around 2:30 AM. The body of the driver was found in the back seat with a shattered skull and broken neck, presumably after being thrown from the front of the driver’s seat. 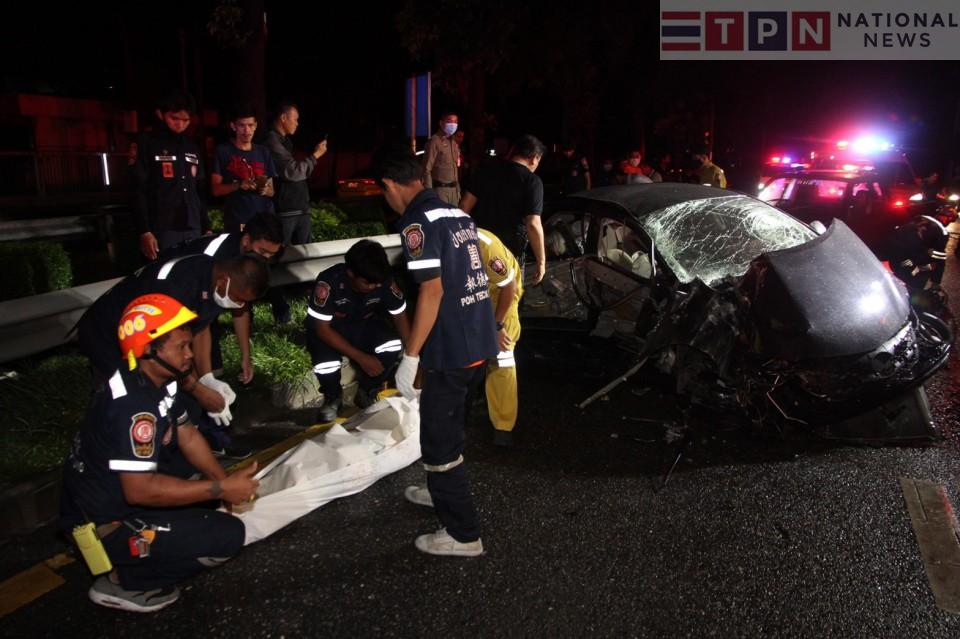 A local witness, who was working as a security officer at a nearby building, told the reporting police officers that he heard a loud explosion from an electricity pole, causing a blackout around the entire neighborhood.

He then came to observe the incident and found a black sedan with an unconscious driver had crashed into the high voltage post on the pedestrian way. The witness then reported the incident to the police. He was not named to the police. 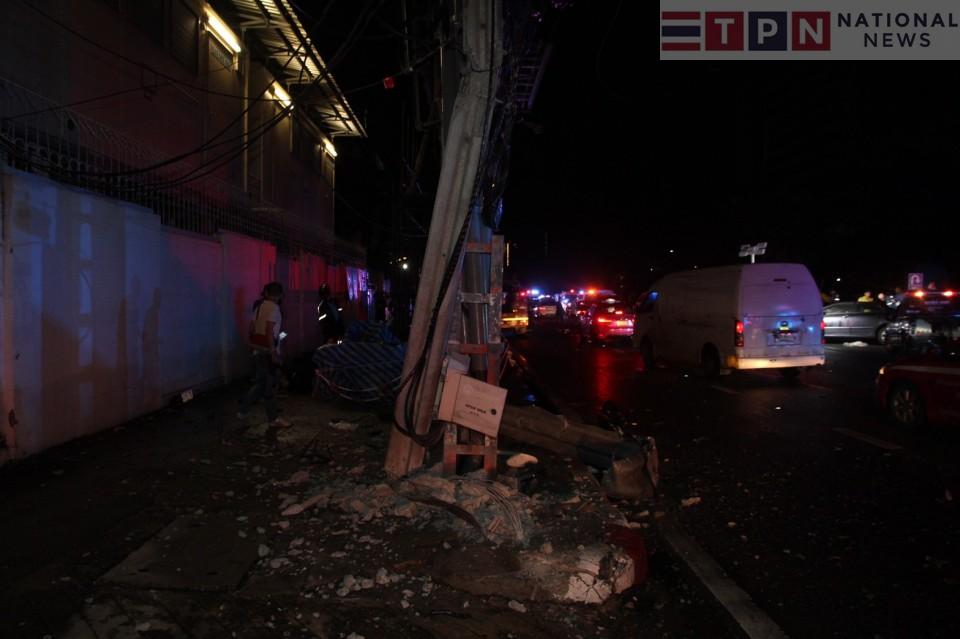 According to the officers, a slippery road caused by constant rain and driving at high speed may be the cause of the incident since the car’s speedometer was reportedly found stuck at 200 kilometers per hour and the heavy rain had been pouring heavily in the city since the evening.

Annop’s body will be delivered for an autopsy at the Institute of Forensic Medicine of the Police Hospital before being transferred to his relatives to perform religious rituals.