University student leaders of the United Front of Thammasat and Demonstration had announced an overnight rally on September 19, claiming as a major fight for democracy in Thailand. Meanwhile, Thammasat university leaders claim they have not given permission for the protest per Thai law and the Thai Government has said they will not interfere with the protest as long as it remains peaceful.

The group of student activists, led by Parit “Penguin” Chivarak, Panusaya “Rung” Sithijirawattanakul and Panupong “Mike” Jadnok, said in the press conference at Thammasat University yesterday, September 9, that the big gathering will be held in the Thammasat University, Thaprachan Campus, from 2:00 PM on-wards. Many pro-democracy groups have requested to attend the rally, including the Free Youth.

The incoming protest, estimated to attract around 100,000 people according to the protesters, will also be marching to the Government House at Ratchadamnoen Road on the following day to place pressure on the military-based administration to step down. 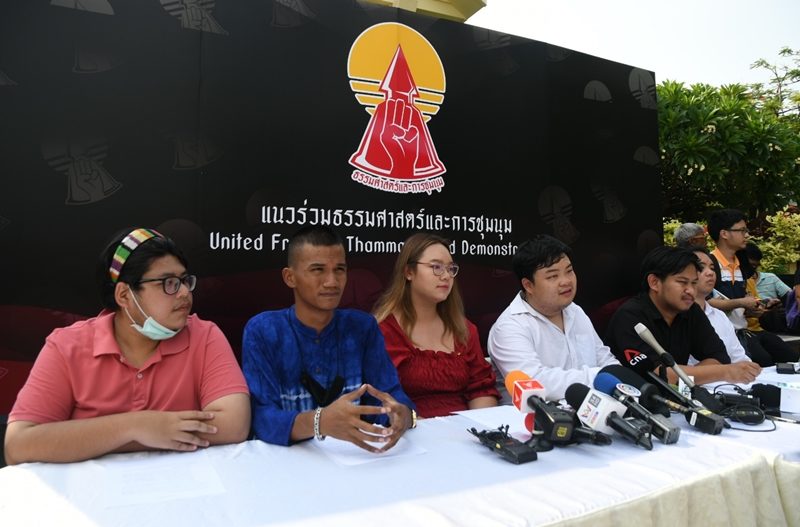 Panusaya Sithijirawattankul, leader of the United Front of Thammasat and Demonstration, told the press: “The overnight gathering will start from 2:00 PM with a lot of activities and speeches by anti-government leaders. We will march to the Prime Minister’s office on the next day around 8:00 AM. Those who would like to join the demonstration should be properly equipped with outdoor equipment.”

“This rally has no connection with the one that was firstly held in Rangsit Campus. This is going to be a major battle with more political movements to reflect on how we have been struggling to achieve real democracy. And it can only be accomplished with the power of Thai people. We are peaceful protesters, we are not violent, we ask law enforcement to not treat us like violent criminals.” said Panusaya.

Meanwhile, Prime Minister Prayuth Chan-O’Cha told the Associated Press after the cabinet meeting yesterday that the government will not obstruct the anti-government assembly on September 19 as they have the individual right to do so and will make sure that the protest is peaceful, safe, and conducted under the law.

Recently, Thammasat University has announced this afternoon, September 10, that it has disapproved of being the location of the mass protest, stating that the assembly permission is not given under the condition of the permission to organize student political gatherings in the area of the university.

However, Parit “Penguin” Chivarak later told the press that the group has insisted to hold the protest at the Thaprachan Campus as the university has been claimed as the symbol of the pro-democracy fight and a place where freedom can be expressed.