The Ministry of Public Health will take legal action against two groups of hot-headed teenagers who were caught fighting aggressively at an emergency room at King Mongkut Memorial Hospital on Wednesday night, September 8.

Following the incident, the groups were reportedly having a quarrel at a Thai barbecue restaurant nearby, leading to a serious weapon fight.

One of each group members, a 20-year-old teenager and a 17-year-old, were unfortunately delivered to the same hospital after being stabbed and slashed several places on their bodies. Normally patients are sent to different hospitals during incidents like this, however, was not the case this time.

CCTV footage of the hospital shows more than ten friends and relatives of one of the injured boys were waiting in front of the emergency room when the rival gang had rushed the inside of the building and began causing another chaos around 12:35 AM. 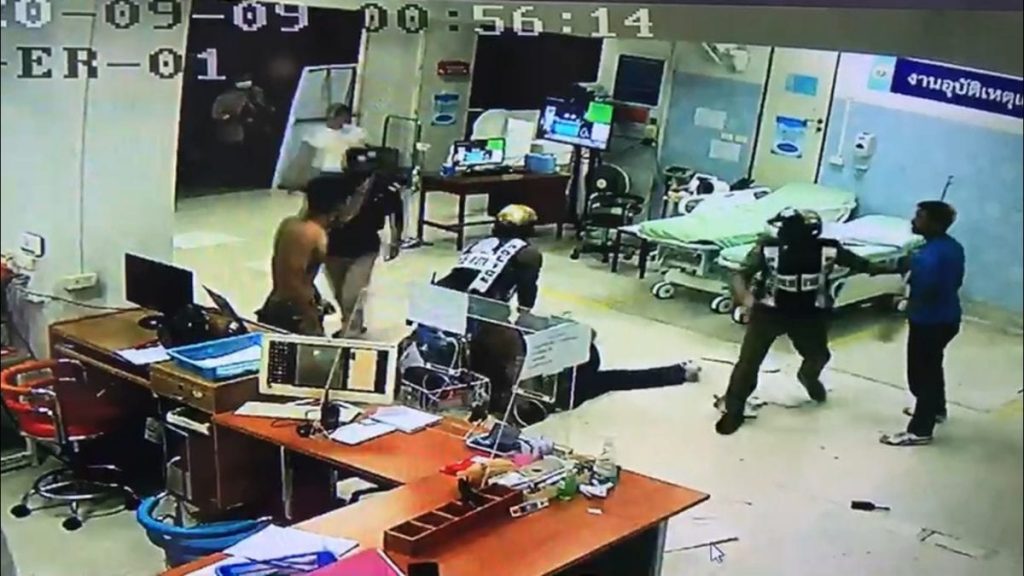 Officers from Phetchaburi Police Station had arrived at the scene after being alerted to the fight by hospital staff. Both groups were asked to leave the emergency room and wait in the hall while the staff was told to lock the automatic door for the patient’s safety.

The officials are in the process of collecting information and evidence and investigating the cause of the fight. Meanwhile, both of the injured teenagers were treated separately in different rooms to prevent further confrontation.

One of them, who was stabbed to the left chest and damaged his lungs, is reportedly in severe condition and under the close supervision of medical staff. 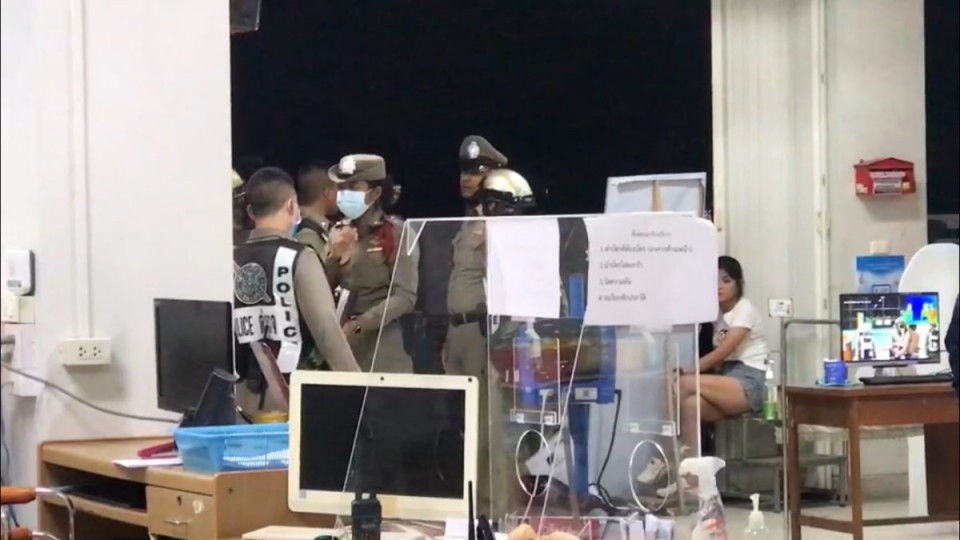 Dr. Amporn Benjapolpitak, inspector general of the Ministry of Public Health, district 5, admired the quick-thinking hospital staff and police officers who had handled the situation quickly and bravely and that none of the patients and visitors were reportedly injured.

The inspector general told reporters: “The head of the emergency room who was on duty at the moment quickly managed to keep injured and other patients safe. Most importantly, all patients, including the injured teenagers, could still be well treated under such chaotic situation.”

“Police are now conducting an investigation and gathering evidence. Meanwhile, the Ministry of Public Health had instructed the hospital to file a report and take legal action against the brawlers to give them valuable lessons.”

The Pattaya News notes this is not the first example of a hospital brawl in recent months. Just a month ago a brawl with suspects at another hospital dominated the news. You can read about that below.