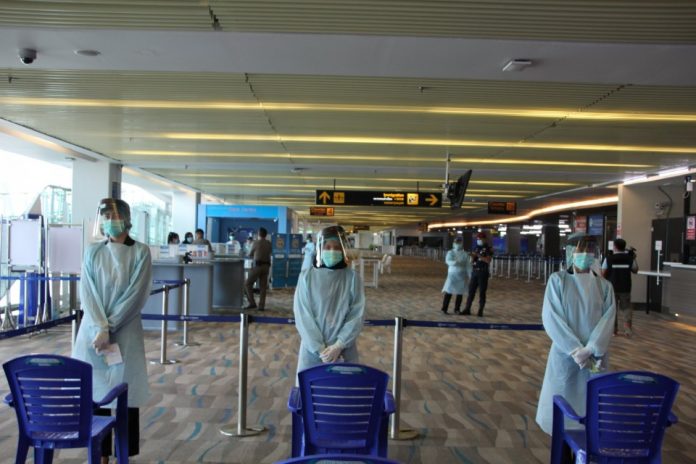 Phuket International Airport has run a dress rehearsal yesterday, September 8, on handling health measurements before welcoming any potential international tourists who might be traveling under the government’s ‘Phuket Model’ program.

The rehearsal covered every step following procedures of communicable disease control, starting from the arrival of tourists and health screening to filling documents and delivering tourists to the quarantine facility. 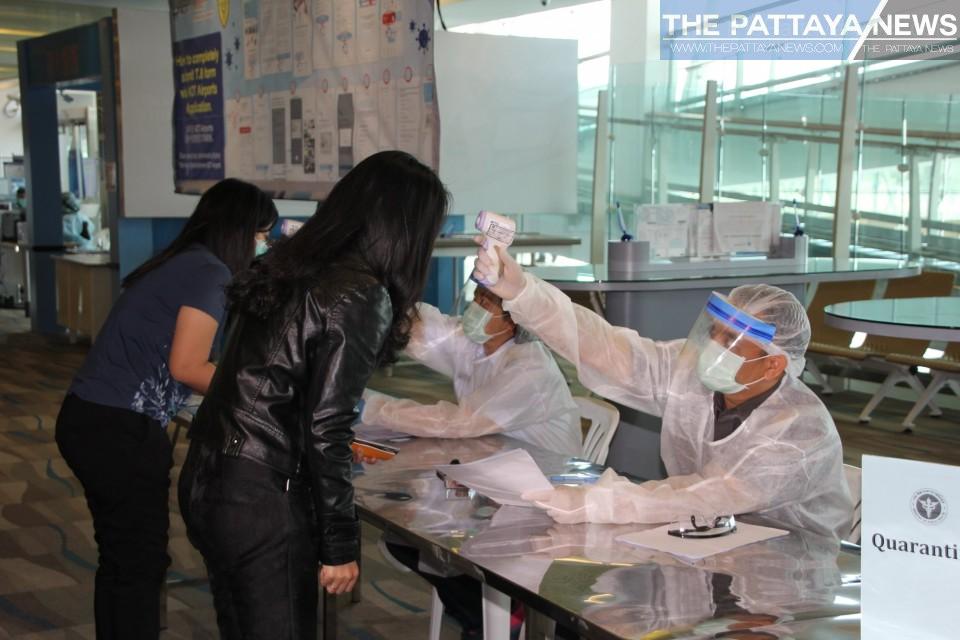 Darunee Bud-In, the director of the Medical Department of Phuket Airport, elaborated that the foreign tourists will pass through a thermo-scan once they are landed. They will be allowed to enter the waiting point if they were detected with no fever from the machine.

The authorities will check their papers, including the visa, Certificate of Entry (COE), Covid-19 testing, fit to fly verification, quarantine booking and health insurance that has been purchased for at least 100,000 USD. The tourists will also be assisted to install a mandatory AOT (Airports of Thailand) app used for tracking as well as registering the individual into the Department of Disease Control database to verify the accuracy of documents before passing through to the Immigration Bureau and the Customs. The tourist would then have an in depth review at Immigration of their paperwork and health status and conduct interviews.

After this, hotel staff in full hazmat style suits will stand by at the gate and will take them to the booked Alternative State Quarantine (ASQ). Additional health checks and tests would take place upon arrival at the quarantine. 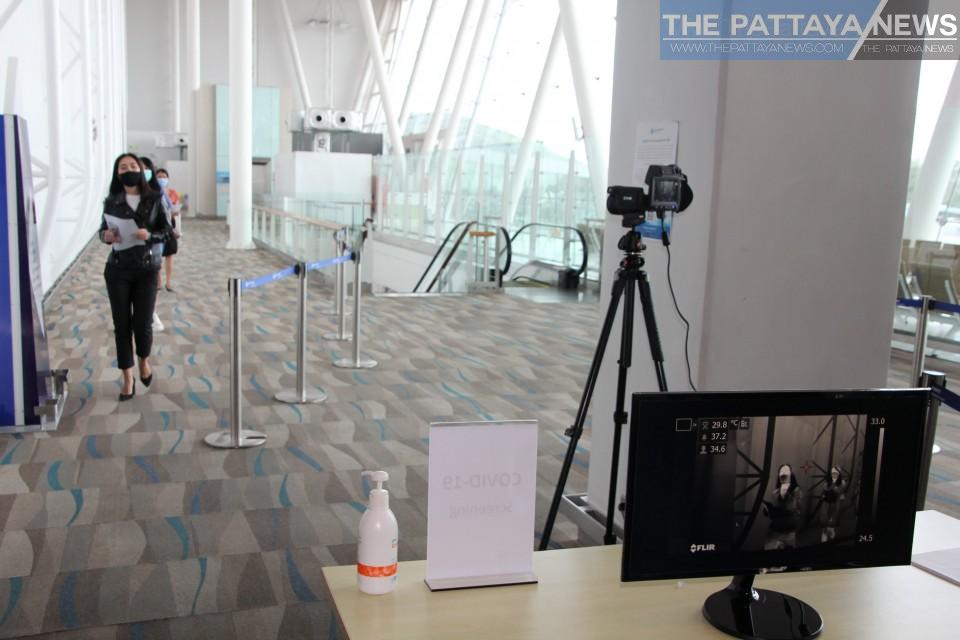 The director added: “If the thermo-scan detects a high fever or other related symptoms from any passengers, they are required to rest for 10 minutes before going through the health screening again. But if the fever is still detected, the passenger will be isolated until being sent to a hospital for further testing.”

Thanee Chuangchoo, the airport’s general manager, said the exercise was held in collaboration with other official agencies, including Customs, Immigration Bureau, and Tourist Police, to have the airport ready in case the government eventually allows foreigners to travel in Thailand again.

According to the general manager, the operation at Phuket Airport will be similar to the operation at Bangkok’s Suvarnabhumi, where Thai returnees and foreign expats are now allowed to land. 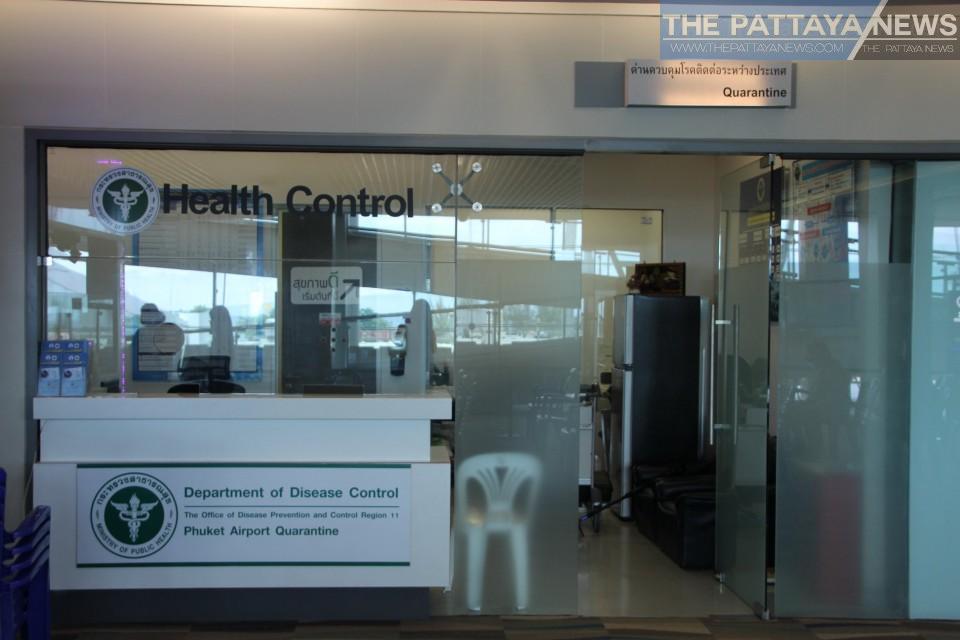 Thanee told Associated Press: “Although we have not been approved to welcome tourists from overseas flying with a commercial plane or a private jet, the airport authorities must conduct a full-scale rehearsal to build confidence among Phuket airport staff and locals before re-opening.”

“It is still unclear when the Phuket Model or other new tourism proposals will be conducted in Phuket and in Thailand. We can only make ourselves 100 percent ready when that time comes.” 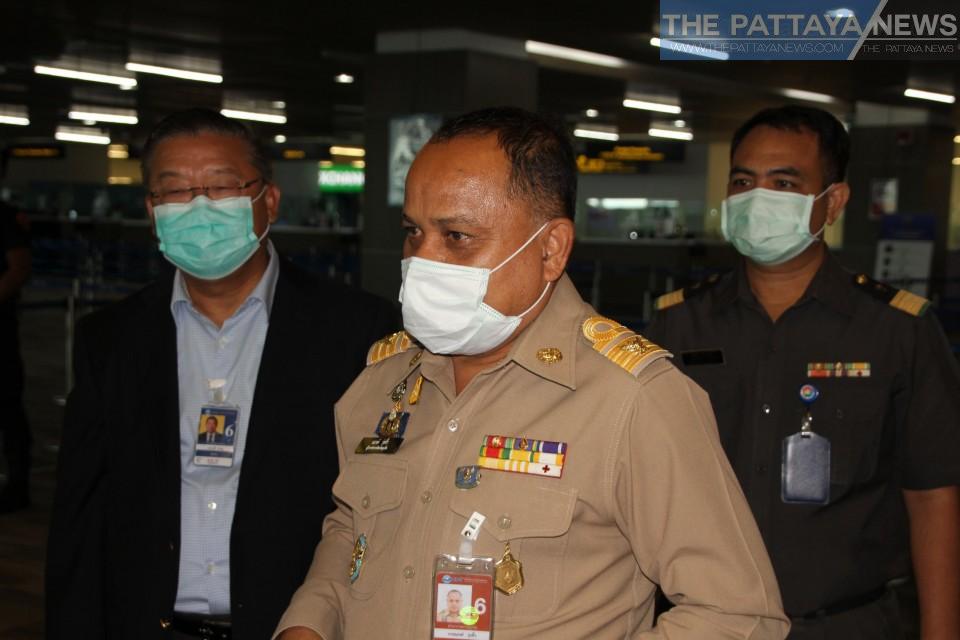 Meanwhile, a quartet of French men was officially allowed into the kingdom on a chartered flight, from Cambodia to the resort island, as a part of the rehearsal, the general manager confirmed yesterday.

“The men were approved by the authorities to be the first trial group visiting the country. They stayed two weeks at a government-approved ASQ hotel and were closely monitored by local health officials and a security team.”

He did not say when they arrived or will be leaving the country or if they were allowed to leave the unspecified hotel, but said that there were no reports of local transmission afterward. Authorities reassured nervous residents that the men had passed as many as five Covid-19 tests.

In terms of Covid-19 testing, one would be required to be given a test before a flight, after arrival, within a few days of arrival, before the end of a fourteen day quarantine and then after 21 days if the tourist wished to leave the island for a total of five tests according to recent proposals.

The Pattaya News notes that this plan is designed for long stay tourists, preferably six months or more and would not be appealling or appropriate to a short stay tourist.

The plan is still in primarily proposal phases. More meetings are expected around the plan early next week.