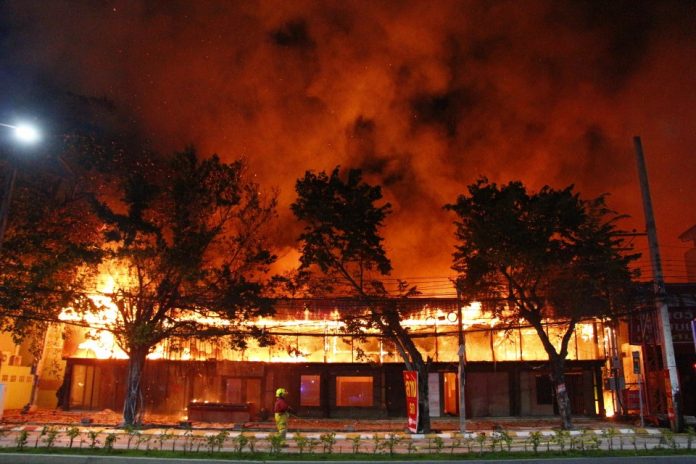 A fire has destroyed a warehouse, a six story luxury home and alarmed locals in North Pattaya early this morning with early estimates of damages being no less than 100 million baht. Firefighters were notified of the fire at 1:00 AM at a warehouse on North Pattaya Road located near the Sukhimwit highway. The warehouse, which was connected to a larger complex with an old, un-opened restaurant and a six story luxury home originally built for the owners of the two businesses, had previously sold and stored mostly antique furniture. Several smaller homes in the area were also damaged.

Firefighters with more than 10 fire engines and The Pattaya News rushed to the scene to find the fire was fully ablaze. The main warehouse and buildings were not occupied and all local residents were evacuated early in the blaze. 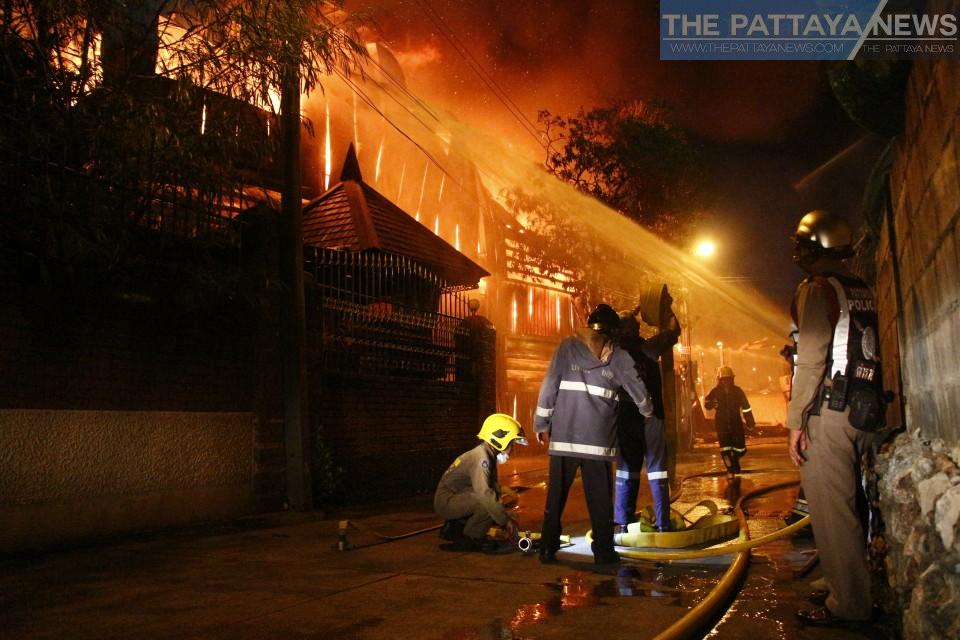 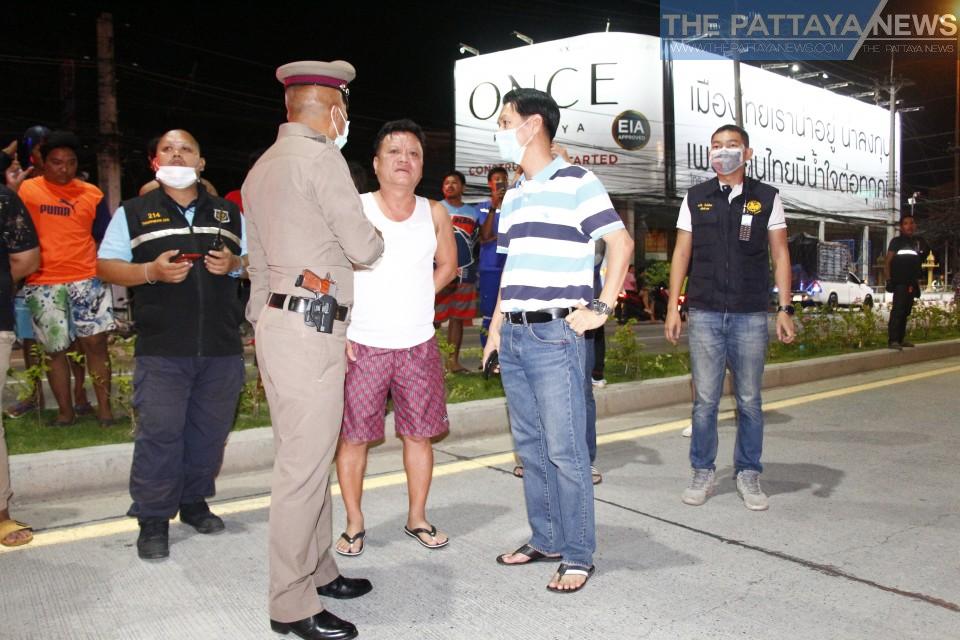 Locals nearby managed to safely evacuate from the area and were kept a safe distance from the massive blaze. At this time it appears nobody was injured, missing or killed. 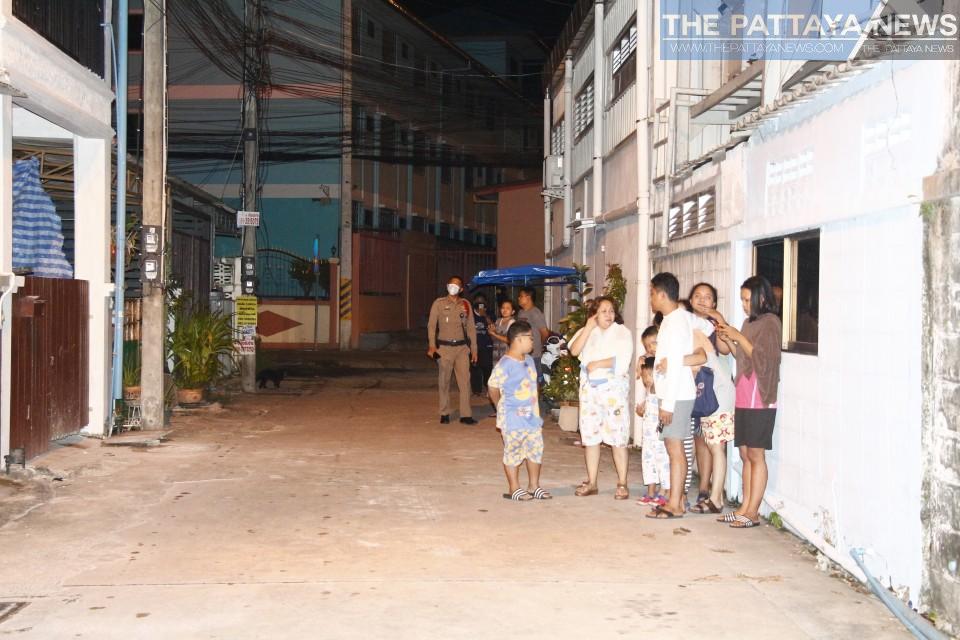 It took more than six hours to control the fire, which caused major exhaustion from firefighters and required help from fire departments in surrounding regions. The cause of the fire is still being investigated and will likely not be revealed until later. Officials are unable to fully explore the premises due to still smoldering embers and structural damage. A video can be found here. 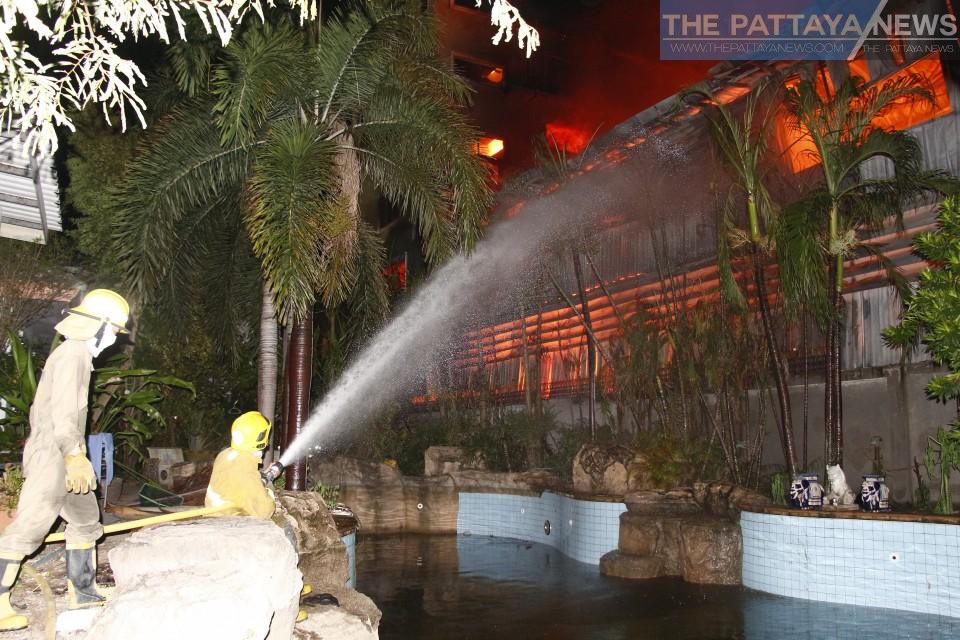 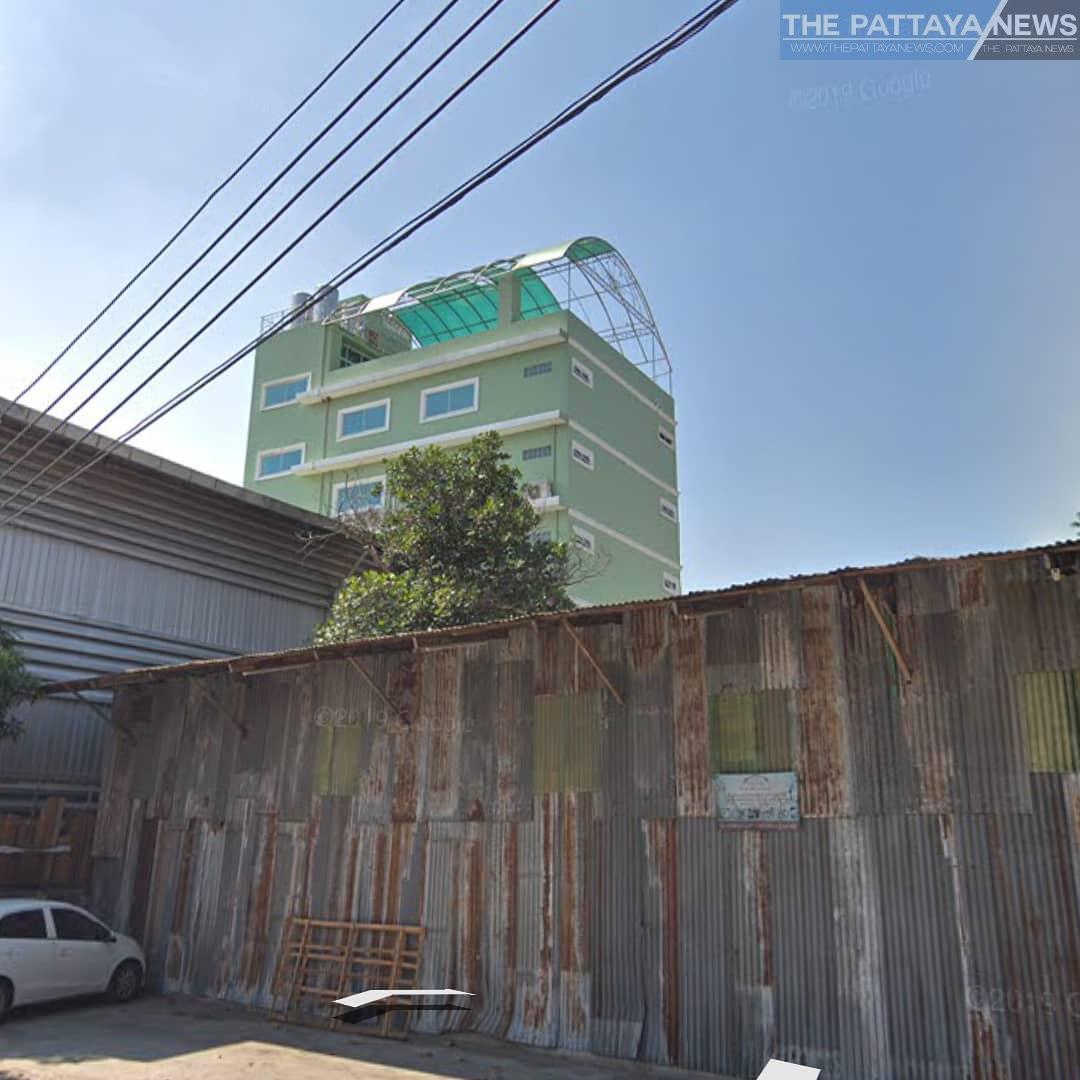 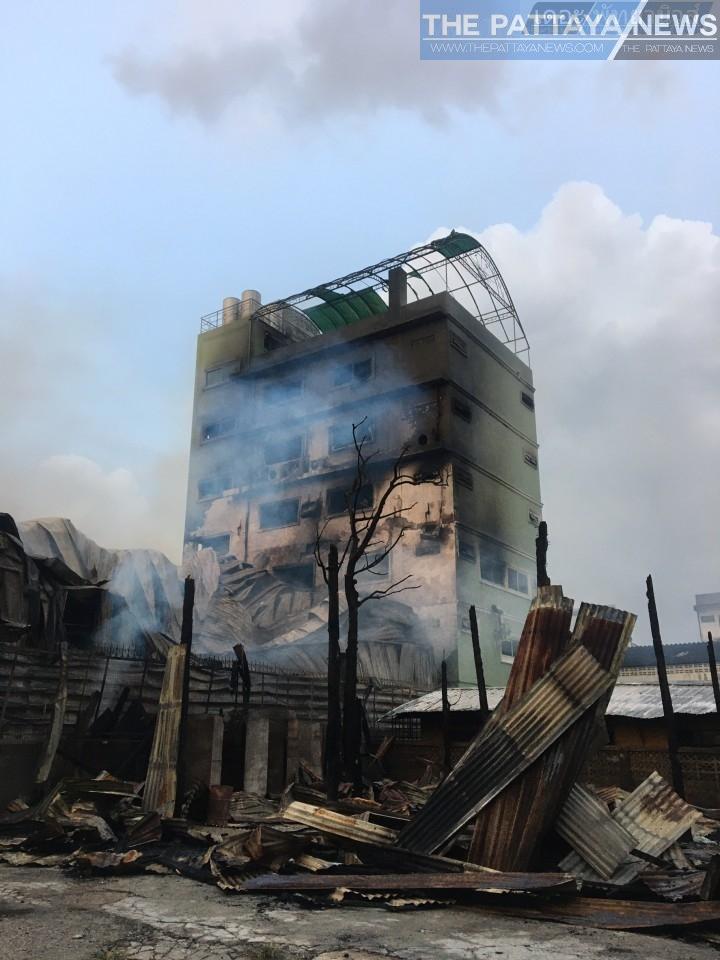 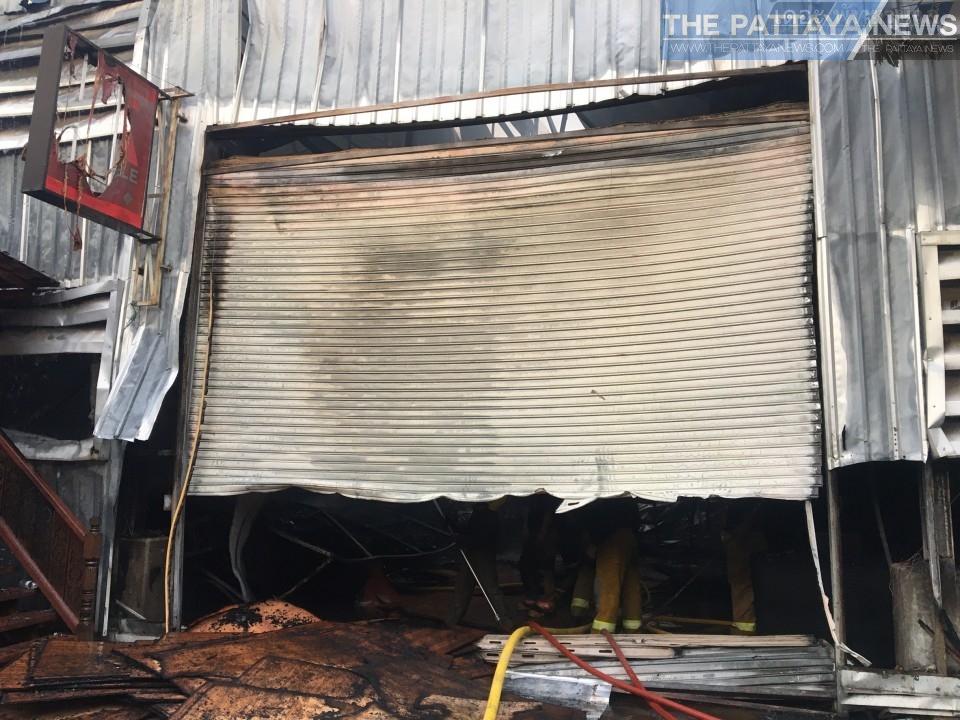 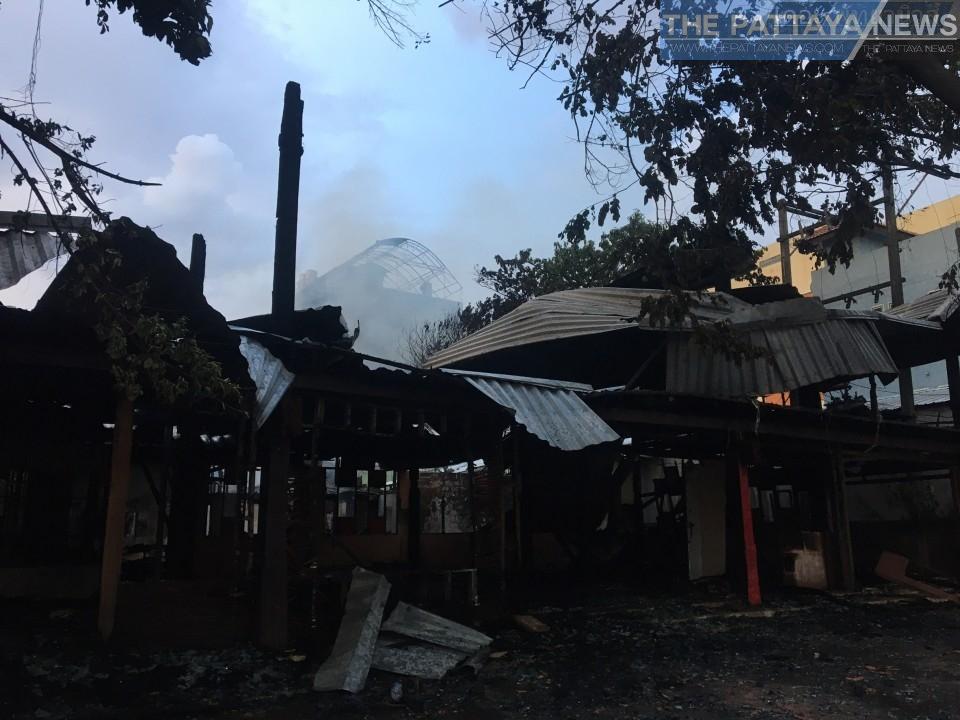 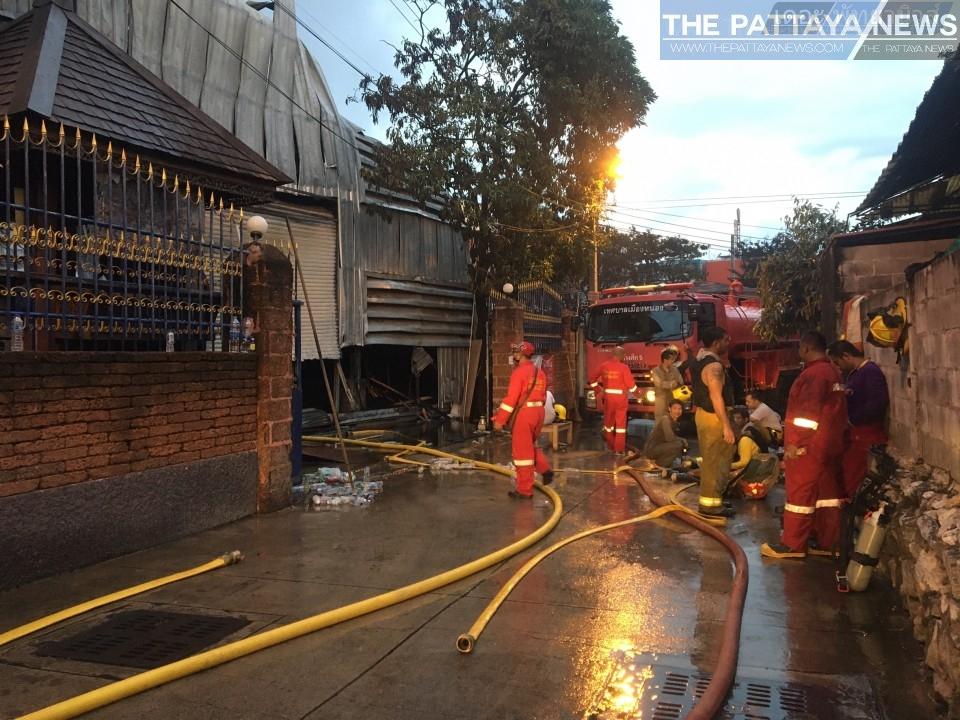