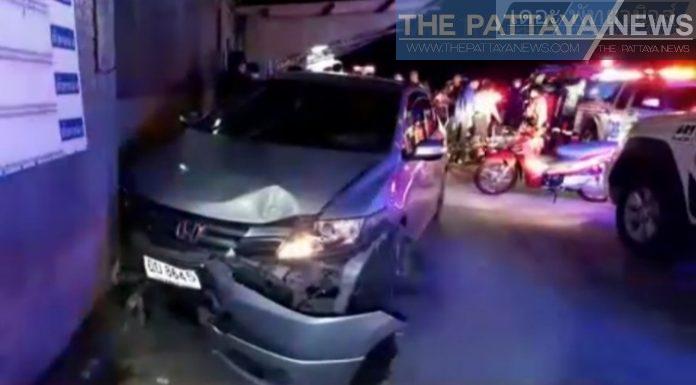 Two people have sustained moderate injuries after a sedan crashed into a motorbike in Si Racha last night.

The Si Racha Police were notified of the accident at 8:30 PM on Assamchan – Nongayinoo Road in the Surasak sub-district yesterday.

Emergency responders and The Pattaya News arrived at the scene to find the damaged motorbike. 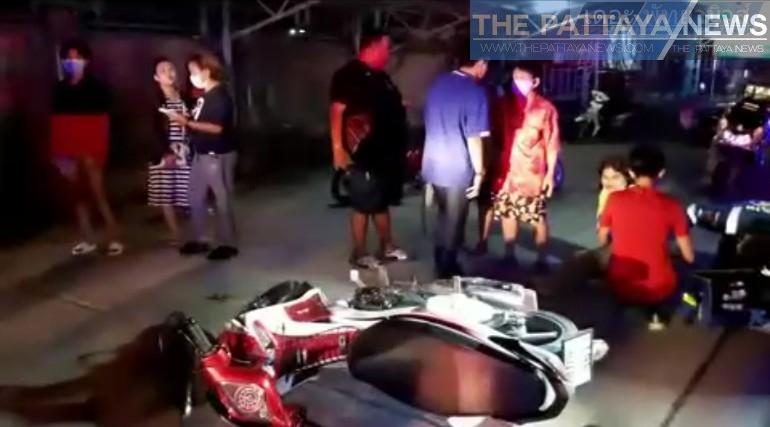 The motorbike passenger, a 17 year old teenager, had sustained moderate injuries. Their name was withheld due to their age. Nearby, rescue staff found a damaged sedan whose driver had also sustained injuries. They were both taken to a local hospital.

Mr. Kietisak Rojwisut, who is a witness, told police that he was driving a motorbike behind the two vehicles involved in the accident.

The sedan was slowly changing the lane before crashing into the motorbike on the opposite lane. After that, the sedan crashed into a fence on the side of the road according to Mr. Kietisak.

Police are continuing their investigation to find the exact cause of accident and will review CCTV in the area.