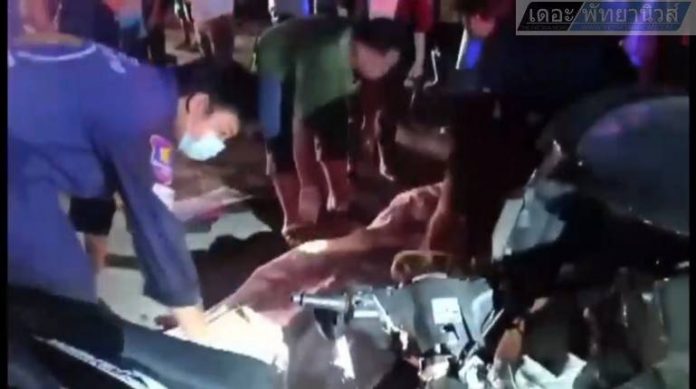 A Cambodian motorcyclist, 40, was killed instantly while his passenger was seriously injured following a five-vehicle collision in the Ban Bueang district of Chonburi yesterday, August 29.

Police officers from the Ban Bueang Police Station and rescue volunteers arrived at the scene shortly after they were informed about the fatal crash on Route 344 (Ban Bueang – Klaeng) around 9:30 PM last night.

A blue motorcycle was seen badly wrecked and entangled in the back of a Toyota sedan. Two pick-up trucks and a six-wheeler truck were also found nearby with heavy damage. 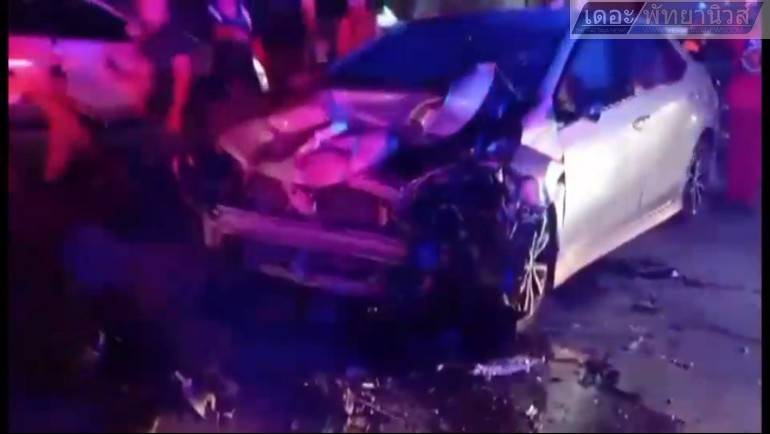 The motorcyclist rider was killed instantly at the scene while his Cambodian passenger, who was only named as Chan, 40, was found unconscious and was delivered to a nearby hospital.

The sedan driver, whose name was not given, claimed that something cut out in front of his car, causing his vehicle to lose balance before crashing into a traffic island and colliding with two pick-ups, a motor cycle and the six-wheeler. He could not describe what exactly allegedly ran out in front of his vehicle 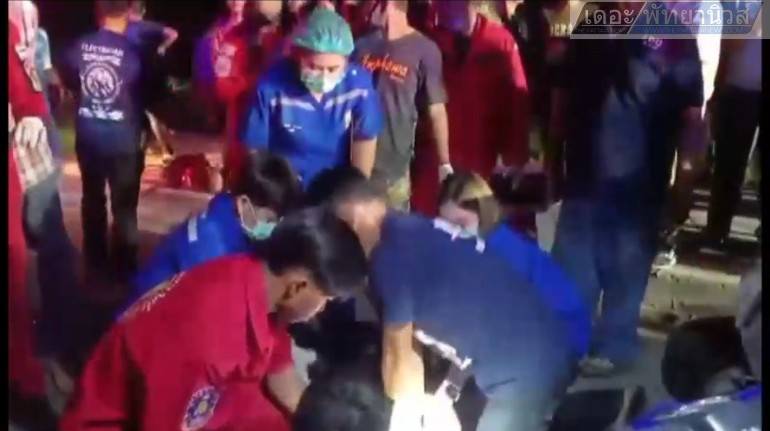 One of the pick-up drivers told police officers that the sedan was gliding across the traffic island and crashed into a first truck before ricocheting into his truck and then colliding with the motorcycle.

Police Lieutenant Colonel Virat Trakulthai, Deputy Inspector of Investigation at Ban Bueng Police, said that all drivers and witnesses would be called for further interrogation later as they were currently stunned and confused about what actually happened in the incident.

Meanwhile, investigators would review the surveillance cameras nearby to determine the exact causes before charging the guilty drivers for further legal proceedings.