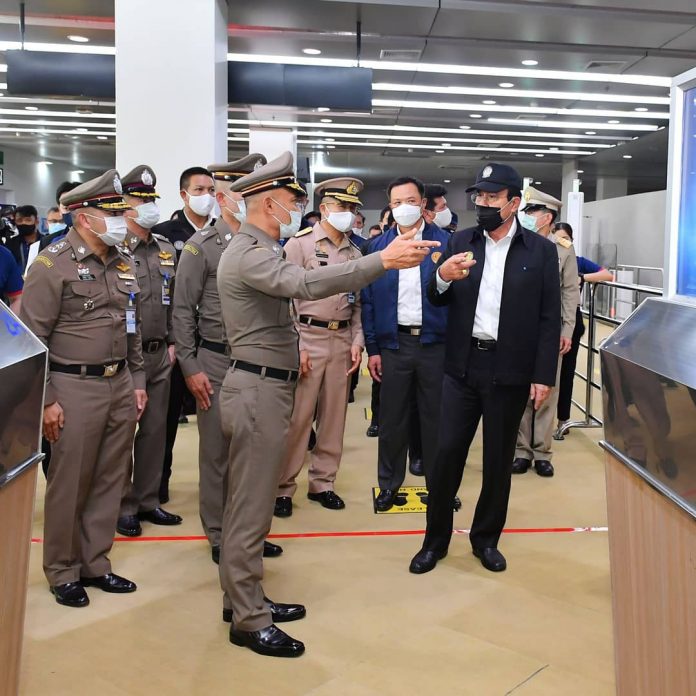 Even as plans begin to come in on the so-called Phuket model of tourism and airlines cautiously begin to announce charter flights for long-stay foreign tourists later this year the debate over bringing back foreign tourists is heating up behind closed doors according to multiple sources in the Thai Government.

Thailand has reached almost one hundred days without a confirmed locally spread case of the Covid-19 Coronavirus, leaving itself in a tough position compared to countries who chose the suppression method vs. a total elimination policy.

However, as Prime Minister Prayut Chan-O-Cha said this week after touring Rayong and Chonburi and seeing for himself the impact the closed borders were having on the economy in places like Pattaya, keeping the borders shut until the world has a vaccine for another six months or more simply isn’t feasible.

The Tourism Council of Thailand Chief Chairat Trairattanajarasporn agrees, stating that Thailand’s world famous tourist industry that welcomed a record breaking forty million foreign tourists last year may face total collapse if foreign tourists are not allowed back in during the fourth quarter. He also said roughly four million people were already completely unemployed and that number would escalate to roughly ten million directly unemployed if this continues, the majority being informal workers. As many as fourteen million people could face loss of their jobs, businesses and careers he warned in the long run.

However, some prominent Thai doctors vehemently disagree and state that the country should learn to be self sufficient and stay closed for at least six months until the situation is more relaxed around the world. These doctors are also advisors with the Ministry of Public Health and the Center for Covid-19 Situation Administration. They claim that the Thai Government has the resources to prop up the hospitality industry and tourism industry if they chose to do so and that people could find other jobs until tourists return.

Dr. Thira Woratanarat, a prominent doctor at Chulalongkorn University, has been no stranger to the media and his daily warnings that any plan designed to bring back tourists right now puts the entire country at risk of draconian lockdowns and shutdowns that could then happen during the New Year holiday period, devastating the entire country instead of one sector. He said the tourism situation, although difficult, would be nowhere as difficult as another three to four month country wide lockdown like in April.

Dr. Thira also stated that the Thai Government must completely shut down the Myanmar border on the North and take drastic action with the growing Covid19 issue there in the Rakhine area. Dr. Thira strongly supports another six month border closure and no foreign tourism program until the situation improves.

Behind closed doors, although many of the current plans are approved in principle, the debate continues as the fourth quarter of the year approaches quickly. Generally, the November, December and January period of the year is the busiest for the tourism industry welcoming millions of tourists and sustaining business for an entire year.

If a solution is not found, warn business and tourism leaders, the tourist industry in places like Phuket, Samui and Pattaya may never recover.