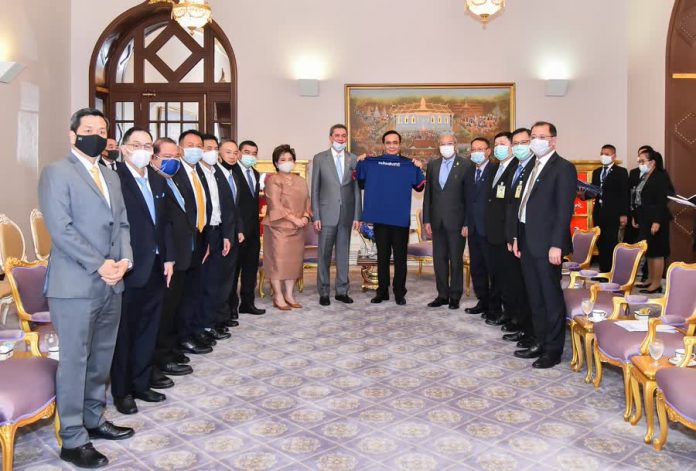 BANGKOK- Executives of airlines registered in Thailand have met with the Prime Minister to ask the government to provide additional assistance after the COVID-19 crisis, by providing soft loans and to extend the validity of an airport fees discount.

At the meeting, the Prime Minister acknowledged the devastating effect of the COVID-19 pandemic on all airlines, destroying their ability to maintain employment, while saying that this problem must be discussed by all involved as the country now has less revenue.

The Government Spokesman Anucha Burapachaisri, along with Thai AirAsia Executive Chairman Tassapon Bijleveld representing domestic airlines, announced that the Prime Minister has agreed to provide soft loans to airlines starting from October, with a 24 billion baht ceiling, which will help maintain the fluidity of airlines for a year.

The government will consider a request to continue the campaign discounting the aviation fuel excise tax to 0.2 baht per liter, which is due to end in September, as the government will need to evaluate the performance of its Travel Together campaign.

Currently, airlines are receiving special discounts on airport fees of 50 percent. These discounts include the take-off, landing, and aircraft parking fees, and should be ending in December. The government has however, agreed to extend these discounts to March next year.

The government spokesman said these measures have been agreed to by the government as a token of appreciation for the airlines’ cooperation to save jobs. Since the pandemic started, airlines have managed to keep some 20,000 employees occupied in their businesses.