A motorbike driver has sustained serious injuries after colliding with a pickup truck at an intersection in South Pattaya early yesterday morning.

Emergency responders were notified of the accident at 2:00 AM yesterday morning at a South Pattaya intersection.

They and The Pattaya News arrived at the scene to find a damaged container pickup truck and a motorbike on the road.

The motorbike driver, Ms. Kean Prakaikaew, 43, had sustained serious injuries to her skull and was bleeding heavily. She was rushed to a local hospital. 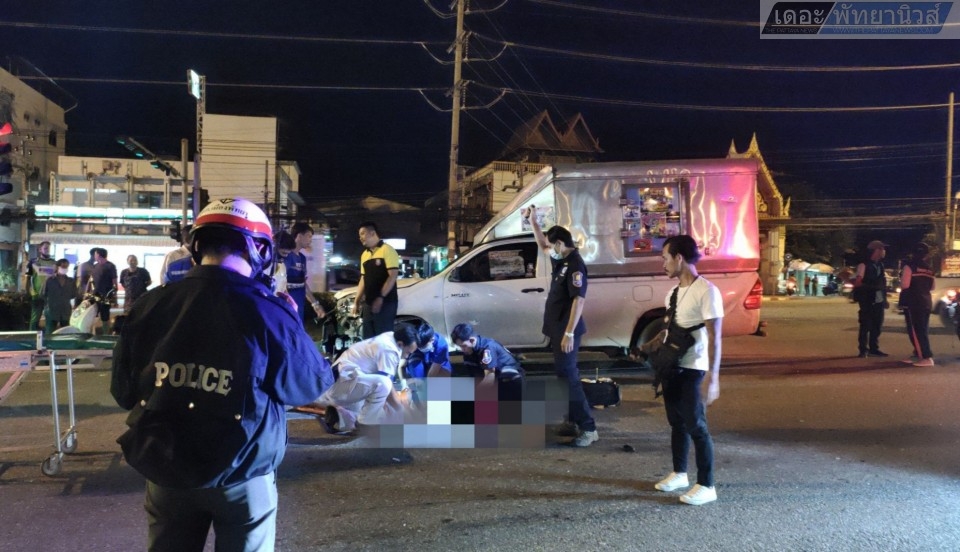 The pickup truck driver, Arsarn Yamkornthai, 40, told The Pattaya News that there was an orange blinking at the traffic light and it appeared to have technical issues.

Ms. Kean was driving at allegedly high speed through the traffic light without pausing despite the warning signals, according to Arsarn. Arsarn claimed he was unable to stop.

However, Pattaya police are checking CCTV footage at the intersection to find the exact cause of the accident for further potential legal action. The traffic light is also being reviewed for any potential technical issues.