Northern provinces, particularly Nan, Sukhothai, Phrae, Lampang, Mae Hong Son, and Chiang Mai, have been seriously suffering from flash floods which are likely to continue as heavy rainfall forecasts this weekend in Thailand.

Hundreds of houses in fifteen districts were swamped and heavily damaged after monsoon rain had triggered serious floods in several Northern areas of the country last week.

Nan province suffered the most as 960 households in twenty districts were destroyed and 1 person was killed. Rescue officers had to instantly assist the local evacuation since the water level has now reached over 2 meters. It is reportedly the most disastrous flood to ever occur in sixty years in the year. 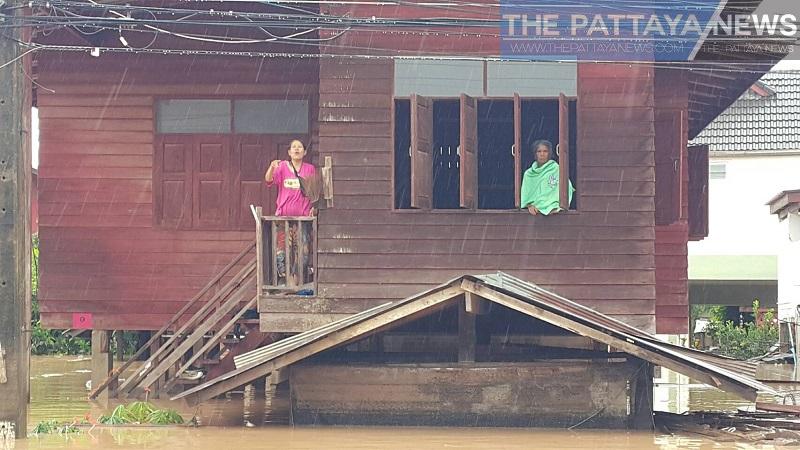 Locals in Sukhothai were also advised to evacuate as strong currents and high water levels in the Yom River was fluctuating up and breaking the barrier earlier this morning, August 23.

The natural disaster is yet to recede as the Disaster Prevention and Mitigation Department has recently forecasted that heavy to very heavy rainfall is predicted to continue in the North, the Northeast, the Central, and the East regions today. People should also beware of possible flash floods, forest runoffs, and landslides. 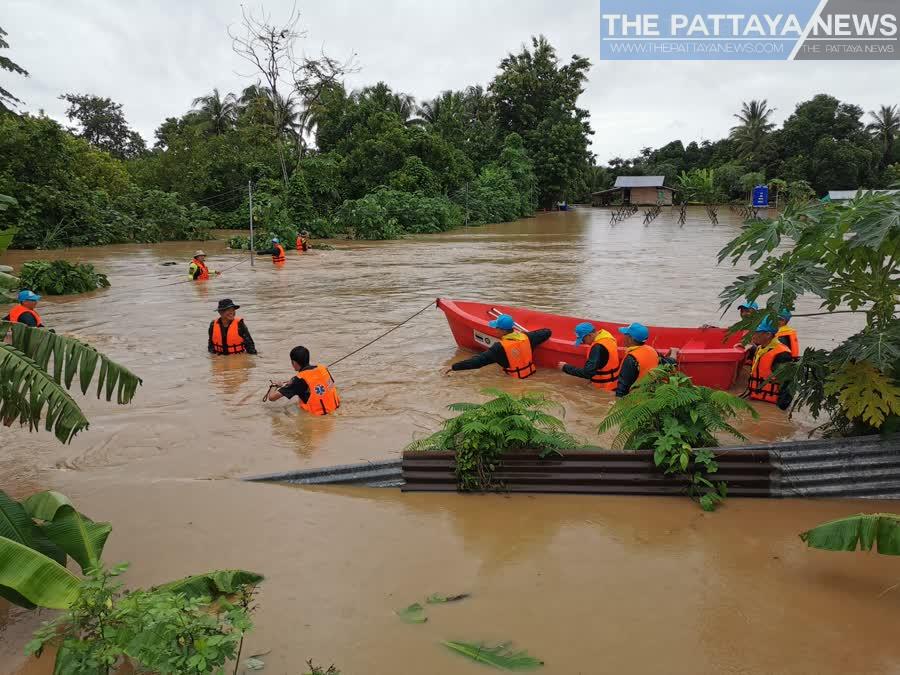 Lieutenant Colonel Chalongchai Chaiyakham, Commander of the 3rd Region, said yesterday, August 22, that Phrae province was the most concerning area at the moment as it would receive a large amount of water from the Yom River that passed from Sukhothai province at 1,100 cubic meters per minute.

The Commander told the Associated Press: “After a helicopter patrol yesterday, we saw that although the water level might be decreasing, many areas in the north were still swamped and damaged. Locals were now evacuated in the provided area and assisted with supplies and medical aids.

“Meanwhile, we were cooperating with all departments in monitoring the possibility of incoming floods and keeping the public informed regarding the flood and any notifications from the government.”