A new replica of a submarine has been set up at the Royal Thai Navy base in Sattahip along with some helicopters.

The rollout of the model submarine is meant to coincide with the announcement that the Royal Thai Navy has announced they will be purchasing three of them from China. 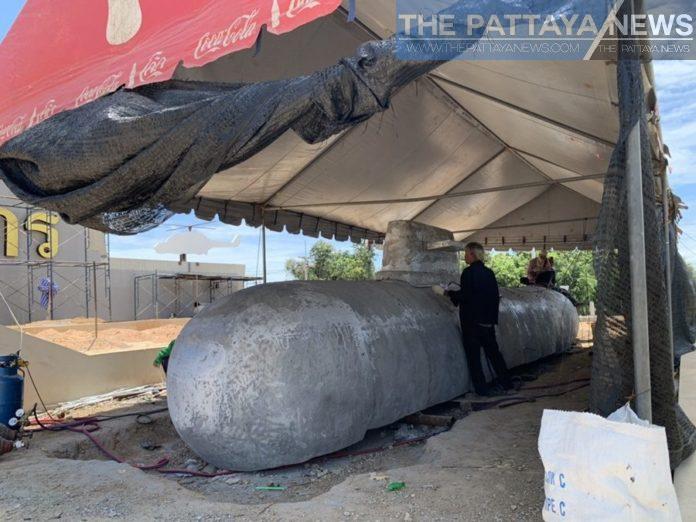 The mock submarine, which is nearly completed, will be set up at the front gates of the base, seen below. (where the Royal Thai Navy sign is proudly presented.)

The construction is expected to be completed before the current Royal Thai Nay Commander Admiral Luechai Rutdit retires later this year.

The Pattaya News notes that the decision to spend 22 billion baht on purchasing more submarines during the Covid-19 pandemic has caused many critics to state that, in their opinion, the decision was not needed. The Thai Government and Royal Thai Navy disagree, stating the decision was originally agreed on with China many years ago. Here is a link to more information: