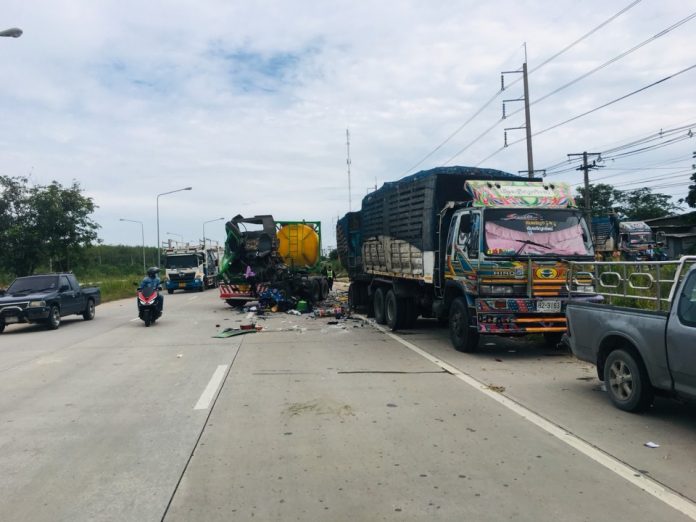 Captain Supachart Wasusakunjaroen of the Huayyai Police was notified of the accident on Road No 36 in Pong.

Police, emergency responders and The Pattaya News arrived at the scene to find a trailer truck driver Mr. Arnon Jaroensuk, 32.

The driver and his passenger of the second truck were thrown from the vehicle and severely injured, which were named as Mr. Phongsakorn Kampitoon, 38 and Ms. Marisa Roobmoh, 30.They were taken to a nearby hospital for medical assistance.