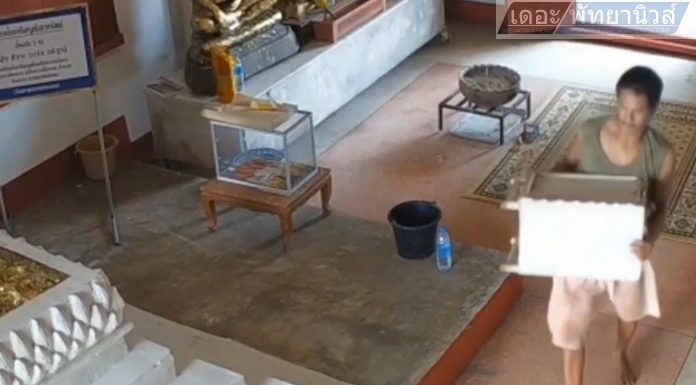 A man was caught on CCTV yesterday stealing a donation box from a remote Chonburi temple, requiring him to walk up and down five hundred steps on a steep hill only to discover the box was empty.

The thief was caught on CCTV footage at the Phra Buddhabat Temple on the Nong Nom Hill. 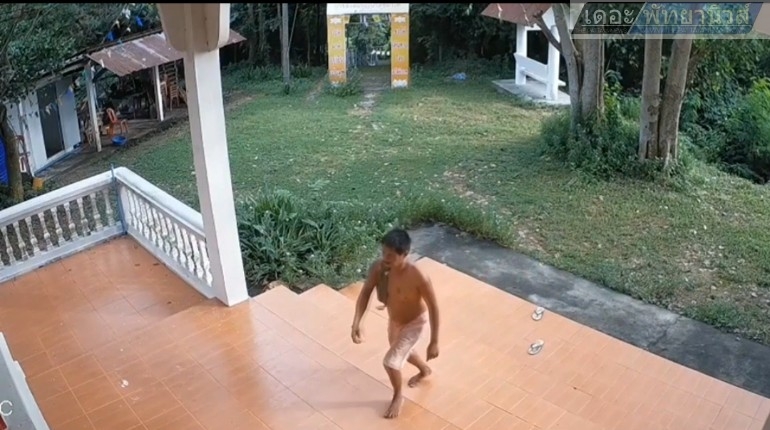 The head monk of the temple, Winai Jittatammo told The Pattaya News “The empty and broken open donation box had been dumped at the bottom of the hill. This is a very steep hill with five hundred steps and a small temple with a heavy donation box. The man was likely upset to find the box was basically empty.”

“The thief who stole the donation box is a local resident who has mental disabilities. There was basically nothing in the donation box. We decided not to press charges, as the box was essentially empty and hope that the man will instead learn from his mistakes.”

“Normally there is no one on the hill temple but there is a CCTV camera. Monks live at another temple down the hill.” Winai concluded.