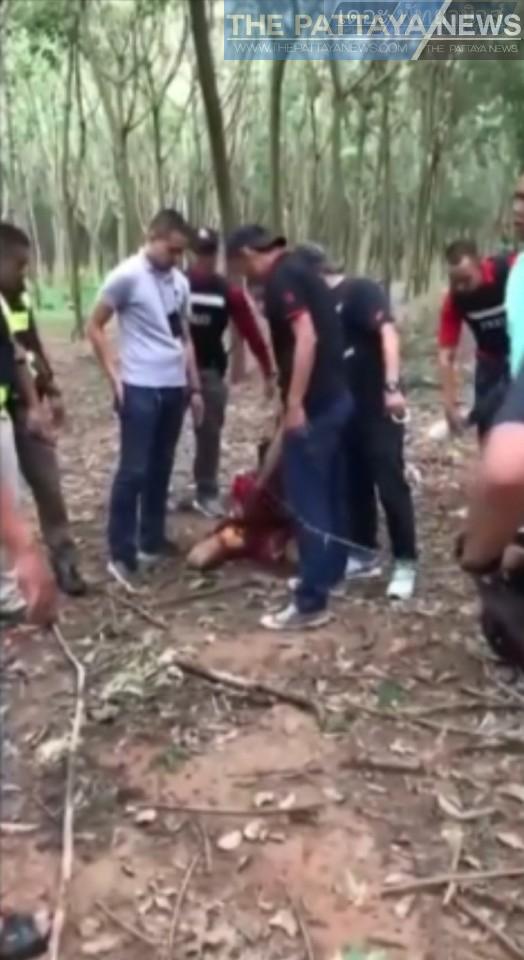 A man who was wanted after reportedly causing a major public disturbance in Koh Chan, Chonburi, was captured earlier this week.

The suspect, named as 45 year old Anont Sinsap to The Pattaya News, had been wanted since August 7. He was captured after four days earlier this week hiding in a forest on a rubber farm in Chachoengsao after fleeing Chonburi.

Anont had, according to Koh Chan police, been using methamphetamine and in a rage began attacking villagers and destroying belongings without provocation. When a volunteer police officer attempted to stop Anont he allegedly attacked the officer with a baton and stole his 9mm firearm. Anont then fled the village.

His movements were traced to Chachoengsao by a large contingent of authorities and law enforcement who acted carefully due to Anont being considered armed and dangerous.

Anont was captured without incident after four days in a rubber forest hiding from police. He claimed he hid the firearm and forgot where he put it as it was not present at the time of his arrest.

He remains detained in Koh Chan facing multiple legal charges including assault on a public officer, drug charges and damage of property.