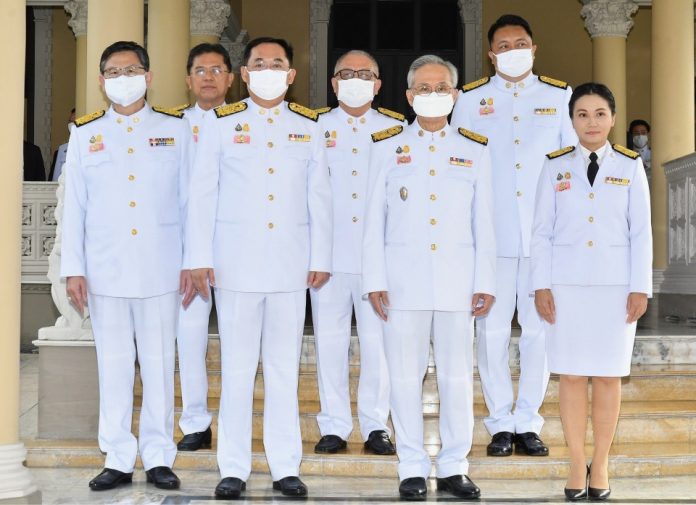 Prime Minister Prayut Chan O’Cha led the new six cabinet ministers and Foreign Minister Don Pramudwinai to recite the oath of office which makes their new positions official before Their Royal Majesties the King and Queen at the Ambara Villa in Dusit Palace, Bangkok, today, August 12, in the morning. 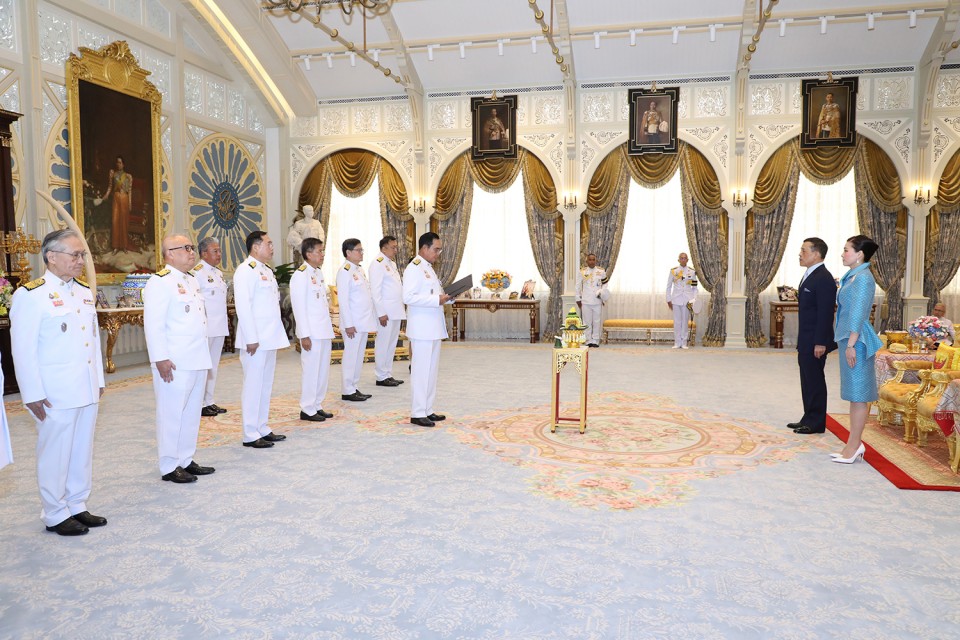 The ceremony is considered the conclusion of the appointment process. The ministers will start their first job by attending a cabinet meeting tomorrow, August 13.