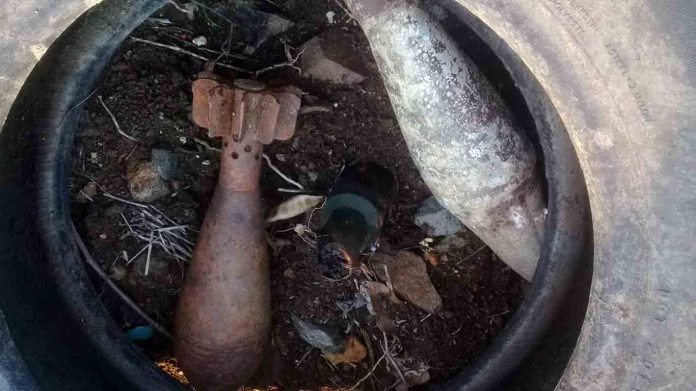 Five unexploded bombs believed to be from the Cambodian Civil war were discovered at a local village in Sa Kaeo, eastern Thailand

Two RPG bombs and a claymore were spotted first at villagers’ fields before the locals found another anti-tank mine and a cannonball style device near the village entrance.

Village Chief Mano Noeisungnoen, 53, said that they were believed to be the explosive remnants of a Cambodian Civil war in 1967. 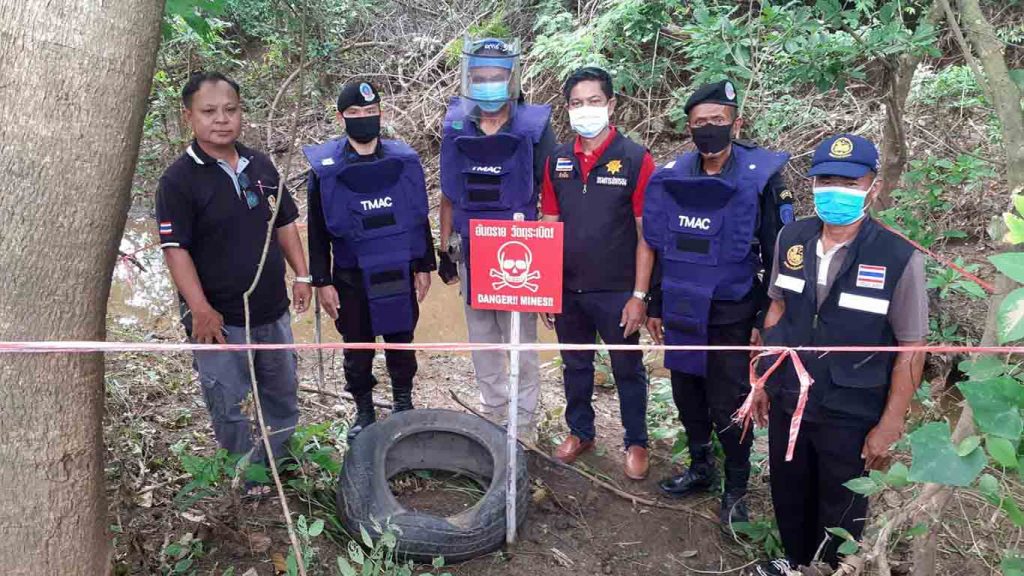 All of the rusty bombs were covered with tires as explosive ordnance disposal (EOD) police officers arrived at the scene. They safely dismantled the devices and transferred them to the Ranger Forces Regiment.

Speaking after, the chief said that his villagers were not in a total panic since this was not the first time that they found bombs from the Cambodian civil war in the area.

Mano said: “We now know what to do and whom to report to when we found the bombs. This area is also close to the Cambodia border, so the bombs couldn’t have been from anywhere else.

“We have to keep an eye for more devices that have not been found. EOD and military officers also assisted the village residents and are looking for possible areas that further bombs might be buried.”