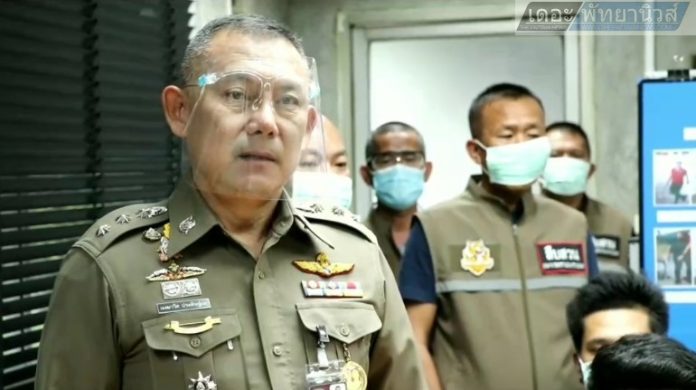 Si Racha-
Multiple suspects have been arrested after reportedly getting into a brawl at a restaurant which then carried over to a nearby hospital in Si Racha this past weekend, say police.

On Saturday, August First, shortly after midnight, Si Racha Police were notified that a young man had been injured after being attacked inside an emergency room at Somdet Phraborom Ratcha Tewee Na Si Racha Hospital.

Sakkarin told police that he was involved in a verbal and then physical confrontation with his girlfriend at a restaurant next to the hospital. He did not state what the argument was over. The name of the restaurant was withheld by Si Racha police due to the ongoing investigation.

Staffers at the restaurant asked Sakkarin to leave after the argument escalated with his girlfriend. Sakkarin, however, told police he refused to leave as he was angry and emotional.

All people involved in the incident have been arrested, according to Si Racha police and will face multiple legal charges. This is only the latest in a series of high profile altercations that have taken place at hospitals in Thailand. In July, a group of Thai teenagers tore apart a hospital and caused significant damage to property in Samut Prakan, following a physical fight with a rival group of teens earlier in the night.

Thai Government and law enforcement officials have been discussing stepping up security at hospitals across the nation to protect patients and staff.