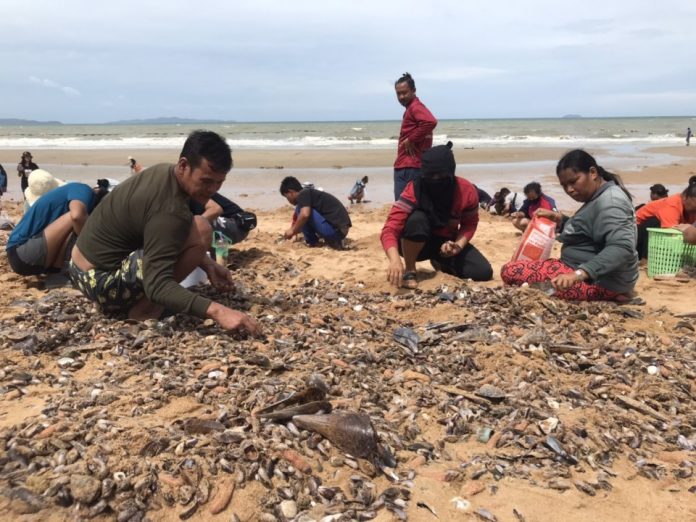 Strong winds and waves as an after effect of Tropical Storm Sinlaku pounded Jomtien Beach all night and brought with it a special treat for local residents in the morning-thousands of mollusks, clams, shellfish and similar species washed ashore on the beach ripe for the picking.

Umbrella and beach chair operators first reported the large amounts of mollusks on social media early in the morning as low tide hit the beach, which the Pattaya News also shared on our social media accounts. 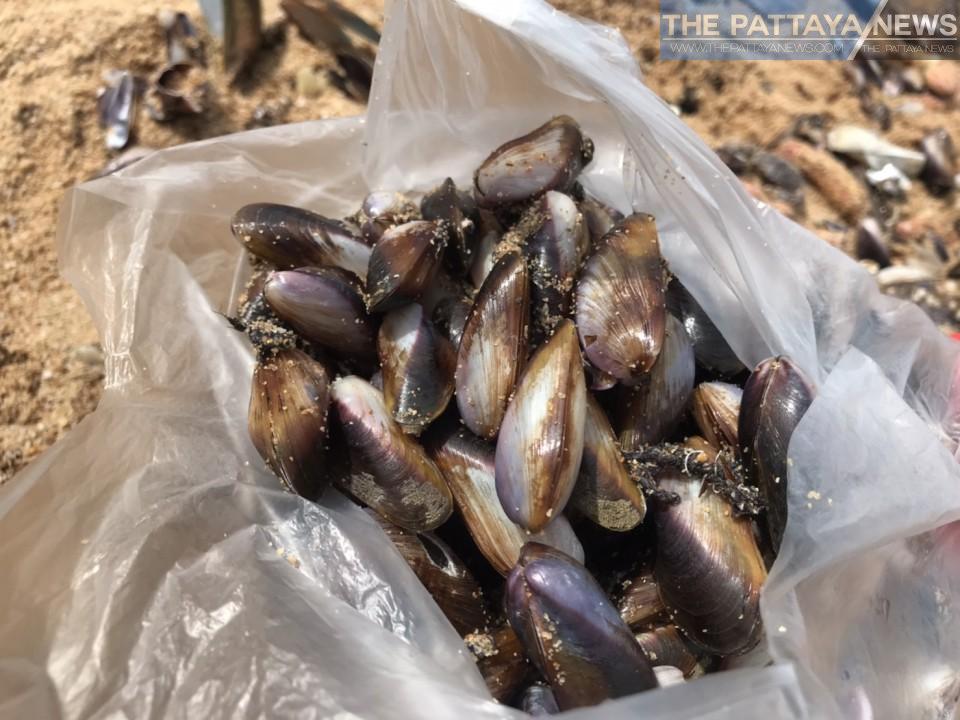 Shortly after the word got out, well over a hundred local residents arrived at the beach determined to collect the marine life for free. Some villagers told associated reporters that they planned to sell the mollusks but the majority stated they were for their own household use and consumption. A few foreign expats were also seen collecting mollusks by The Pattaya News as well.

By 11:00 AM, the thousands of shellfish were once again gone and Jomtien Beach had nearly returned to normal. Strong waves and wind continue overnight according to the Thai Meteorological Department.