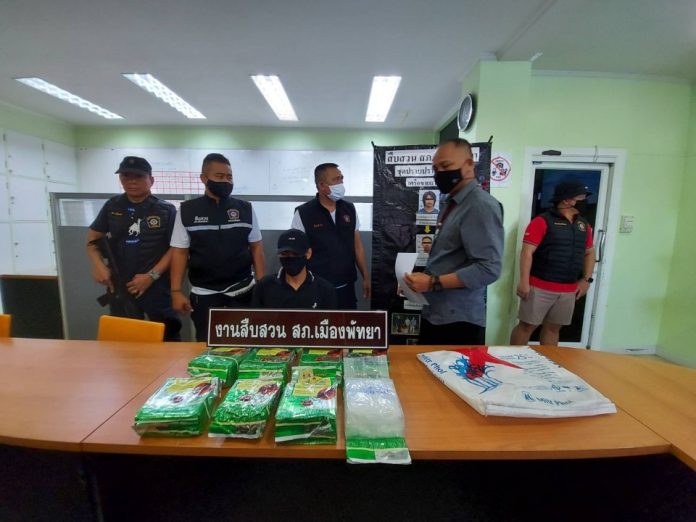 Pattaya-
The Pattaya City Police discovered during an investigation a total amount of eight kilograms of crystal methamphetamine in tea bags in Bangkok.

Police seized eight kilograms of crystal methamphetamine which were reportedly found with the suspect in green tea bags.

The arrest came after police received a tip-off from a concerned citizen regarding a reported drug network called ‘Bang Musa’ that operates in Bangkok, Central Thailand, Chonburi, Pattaya and other regional areas.

Pattaya police are continuing their investigation to find the other agents in the Bang Musa network. Bang Reen has not, according to police, identified any other members of the network at this time.