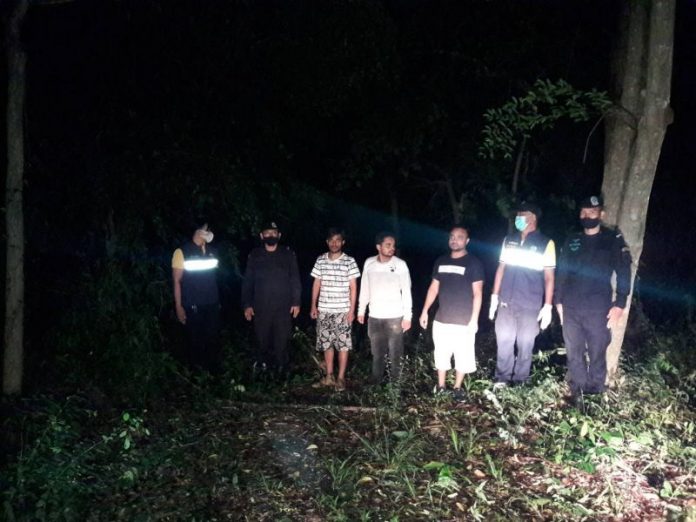 Three Bangladeshi Nationals were arrested and accused of illegally crossing the border from Cambodia into Thailand via the Sa Kaeo province this week.

The incident took place in the Klong Luek area as the three men were allegedly caught in the act wading across a canal into Thailand from the Cambodian side near Poipet. Border Control officers under the direction of Police General Tharapong Malakam made the arrest.

The three men were named as Mr. Soel Parvez, 40, “MD” 27, and Abdul Karim Alzad, Age 33 years. All were Bangladeshi citizens and had their passports present.

The three men reportedly told Border police that they had flown to Cambodia on vacation in March and been stuck during the Covid-19 Coronavirus crisis without a way to get home and had run out of money. There is no formal Bangladesh Embassy in Cambodia so the men planned to sneak into Thailand and go to the Bangladesh embassy in Bangkok for assistance.

Thailand border police officials said the men will be detained in Sa Kaeo under quarantine procedures and tested for the Covid19 Coronavirus. Embassy officials would, however, be told of the men’s circumstances and invited to assist.

Sa Kaeo has been a major illegal border crossing point and Thai officials have put into effect strict measures to catch illegal migrants. However, the majority of those caught are Cambodian Nationals and officials told associated press that catching non Cambodian Nationals sneaking over the border was rare.