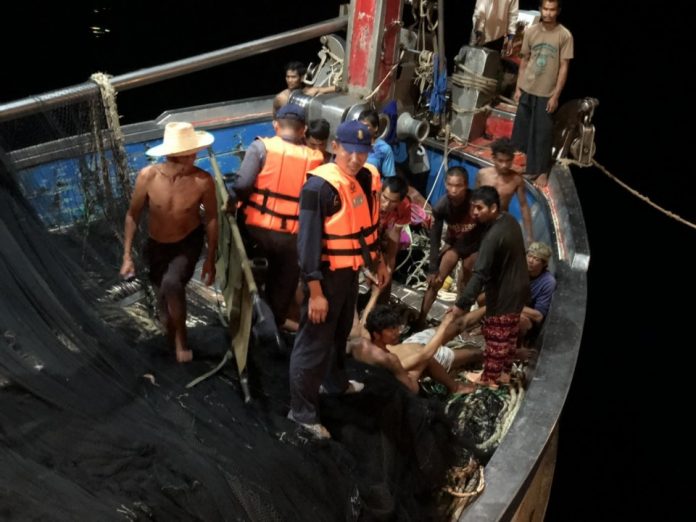 The Royal Thai Navy has rescued a boat crew member from an electric shock in the Gulf of Thailand last night.

Vice Admiral Sutthinan Samanrat of the Royal Thai Navy Region one headquarters in Chonburi was notified from the Royal Thai Navy based in Prachup Khiri Khan that a boat crew member, Mr. Sittisak Sripipat, 51, suffered a serious electric shock while off the coast of Bang Sapan.

The Royal Thai Navy went out on a navy vessel and helped the injured sailor by providing CPR before transferring him to a local hospital on the mainland.

It is not clear how Sittisak suffered a serious electric shock and the incident is under investigation, added Vice Admiral Sutthinan.