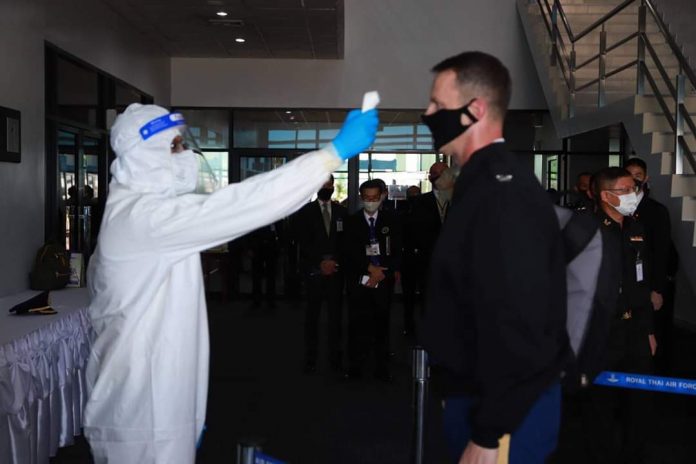 BANGKOK – After an incident last week (Which The Pattaya News reported here), concerning a western diplomat asking to self-isolate at their condominium in Bangkok instead of a quarantine facility, the Ministry of Foreign Affairs has says this has occurred during a transition to stricter rules, requiring that diplomats do not receive preferential treatment in regards to disease control.

The Ministry of Foreign Affairs Spokesman Cherdkiat Atthakor said the diplomat in this incident was based in Thailand prior to the COVID-19 outbreak, and had just returned to Thailand from a trip to Europe.

The diplomat traveled from Frankfurt, Germany on the fifteenth of July, and arrived in Bangkok on the sixteenth of July at 2 p.m. They tested negative for COVID-19 prior to travel, and had followed disease control protocols at Suvarnabhumi Airport, including another coronavirus test, which was also negative. They were then allowed to travel via private, not public, transportation to their condominium in Bangkok.

Once they arrived at the condominium, they were denied access by the Condominium Juristic Person. The Ministry of Foreign Affairs has coordinated with related agencies and arranged a stay for the diplomat at Grand Center Point hotel in Bangkok, which is a certified Alternative State Quarantine facility.

The Ministry of Foreign Affairs spokesman insisted all diplomats with missions in Thailand do not enjoy extraordinary privileges other than those which are appropriate, and are subject to a compulsory 14-day quarantine. The transition period has since been closed, they added, and all diplomats would now go directly to alternative state quarantine upon arrival in Thailand.