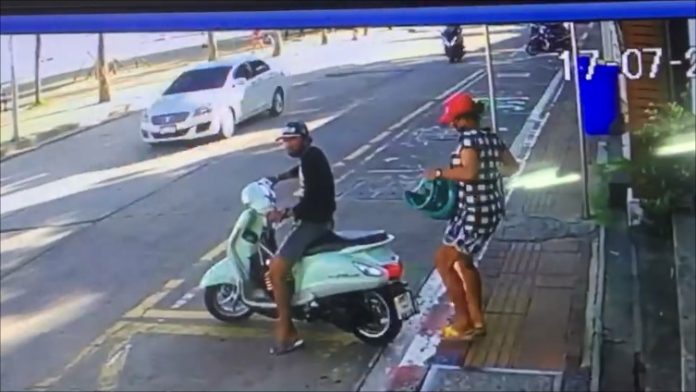 Pattaya-
A couple was arrested yesterday after allegedly stealing gas cylinders in Pattaya.

Seized from them were a saw, reportedly for cutting locks and chains, and three 15 kilogram gas cylinders.

The arrests came after the suspects were reportedly seen on CCTV stealing gas cylinders from a restaurant in Soi 9 and a hotel on Pattaya Second Road. Owners of both establishments made a police report and presented the CCTV evidence to Pattaya Police.

The two suspects admitted that they regularly stole gas cylinders and resold them to a second hand shop for 800 baht each, according to Major Chainarong.

The two suspects told Major Chainarong they used to work at a construction site but their employer did not pay them and they were let go after the Covid19 Coronavirus crisis. Unable to find another job but with debt piling up they resorted to theft to pay bills.