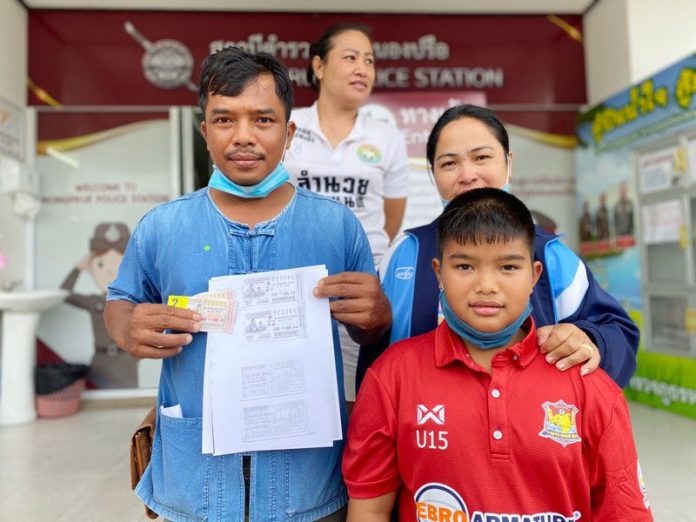 The man, Mr. Nipon Sa-Ngam, 40, is an elephant mahout (trainer) in Pattaya, originally from Buriram.  He had purchased two lottery tickets earlier in the week with the winning ticket being 873286. He visited Nongprue Police Station today to record the evidence of the winning ticket, per Thai law.

He stated to the associated Thai Press that he had used numbers from a license plate to help select his winning ticket.

Nipon says he will continue to work as a mahout, as he enjoys the work, but will use the money to see his son through school and pay off debt.  He noted that elephant mahouts had been hit especially hard during the Covid-19 pandemic due to lack of tourists visiting animal related attractions but he continued to work and take care of elephants locally, ensuring their health.