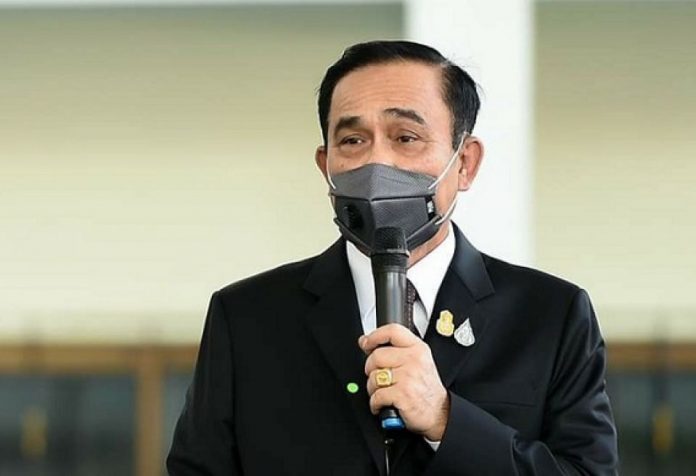 The Thai Prime Minister personally apologized for two incidents in Rayong and Bangkok over the weekend that saw an Egyptian soldier, apparently let into the country on an “exemption” test positive for Covid-19 and break quarantine to go shopping as well as a nine year old girl from Sudan, a relative of a diplomat, test positive after self isolating at a condo in Bangkok.

The resulting aftermath of the incidents have seen hundreds of people contacted through the Thai Chana (victory in the Thai language) platform who visited the same areas as the Egyptian soldier over the weekend.  These people will be required to enter a two week self isolated quarantine and be monitored by authorities. Residents of Rayong are, understandably, outraged over the incident and have been expressing themselves over social media.

The province had just begun, according to local residents, to recover from nearly four months of varying degrees of Covid-19 lockdown and begin to welcome back domestic tourists before the incident.  Due to the incident, over 200 schools in Rayong have closed temporarily for varying time periods, the shopping malls involved in the visit by the Egyptian soldier have closed for cleaning and disinfecting and the hotel, Dvaree Diva, where the Egyptian soldier and 30 other military crew members stayed is closed for at least fourteen days. Hundreds of people, who did nothing wrong according to them, will be forced into quarantine over the incident.

As for the incident involving the nine year old girl from Sudan, tests are being done at the condo complex where the family was self isolating on residents and those who may have been exposed to the girl.  Officials confirmed the family did not break quarantine, however, did use public areas such as lifts and the lobby which were being fully disinfected. This incident will also see diplomats and other similar “exemptions” now required to do government quarantine instead of self isolation in public buildings.

Meanwhile, the Prime Minister has stated that he apologizes for the incident and that it should not have happened. He also said that a full investigation of the processes that led to the incident will take place and loopholes that allow so called “VIPS” such as soldiers, air crew, short stay business people and diplomats into the country will be closed.

The Center for Covid-19 Situation Administration, or CCSA, have laid the majority of the blame on the Egyptian Embassy, who issued a statement yesterday through a letter and stated that they would be cooperating fully with authorities. However, the letter fell short of being an actual apology and claimed that all the soldiers had previously passed a Covid-19 test in Egypt and had all followed the strictest procedures and processes possible, despite breaking quarantine to go shopping. This follows the Prime Minister’s office summoning the Egyptian Ambassador personally to Government House in Bangkok yesterday to discuss the breach of quarantine. 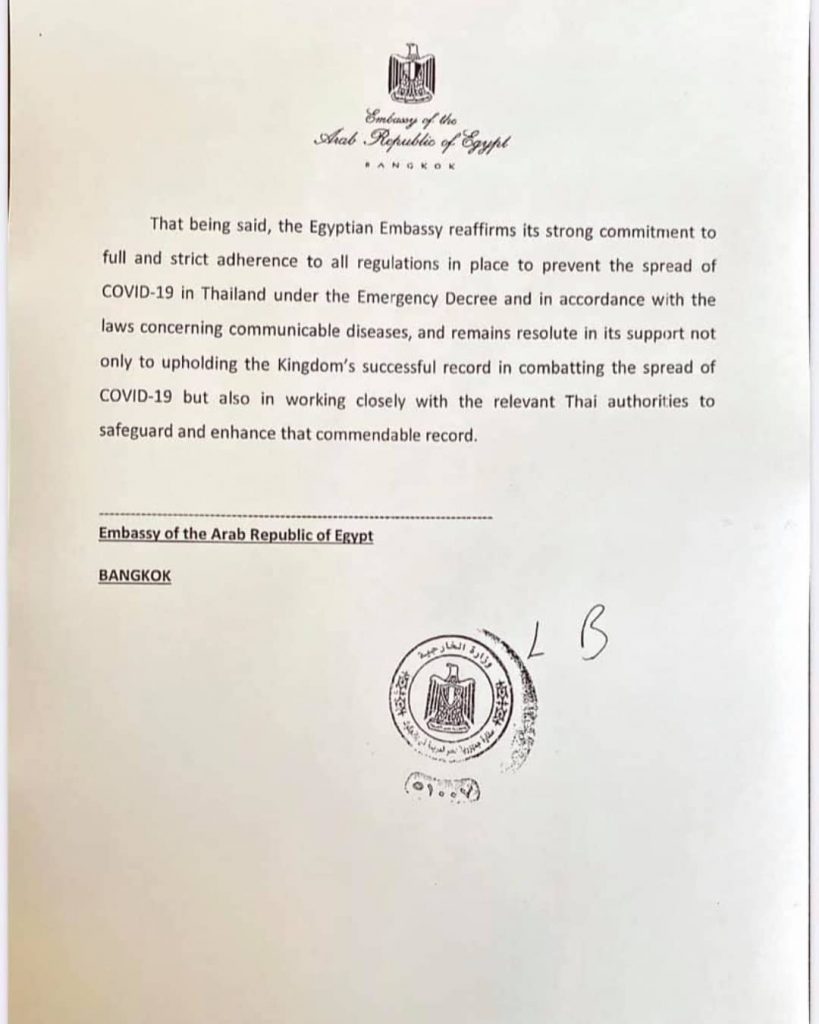