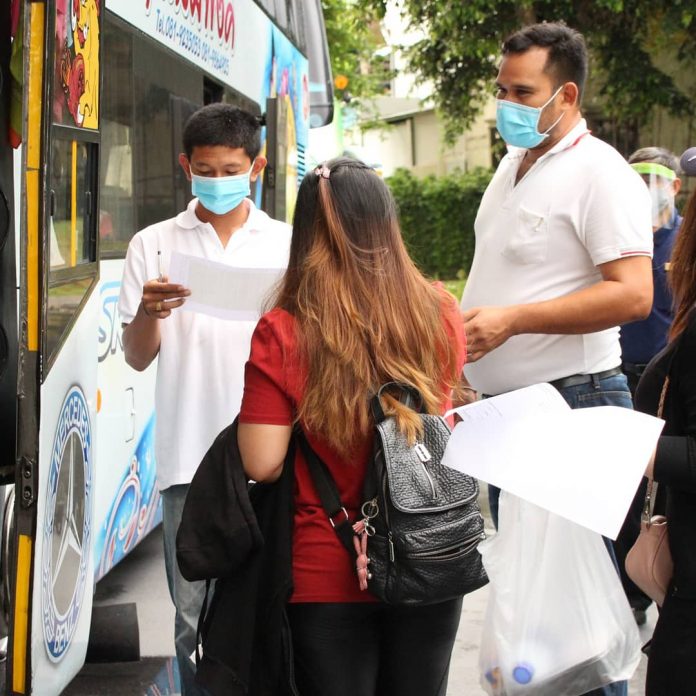 RAYONG – Because a visiting Egyptian soldier who tested positive to COVID-19 is known to have visited places in Rayong province in the company of other soldiers, the hotel where they stayed and some venues have now been closed. The Ministry of Public Health has also brought a COVID-19 mobile lab to test people at the front of a mall that the soldier went to.

Mr. Sathit Pitutecha, Deputy Minister of Public Health, has visited Rayong province to attend a meeting and gain an update on the case of 31 Egyptian soldiers, who arranged to stay in the hotel but also visited the mall; one of them was subsequently confirmed to be COVID-19 positive. The Deputy Minister said that there is nothing to be worried about, and he believes that the situation can be handled satisfactorily. He will issue an update on the situation after the meeting.

In the meantime, the Deputy Minister also visited the mobile lab that is now parked in front a mall that the Egyptian soldiers visited. Many people were today queuing for the test. The results will be sent via SMS message.