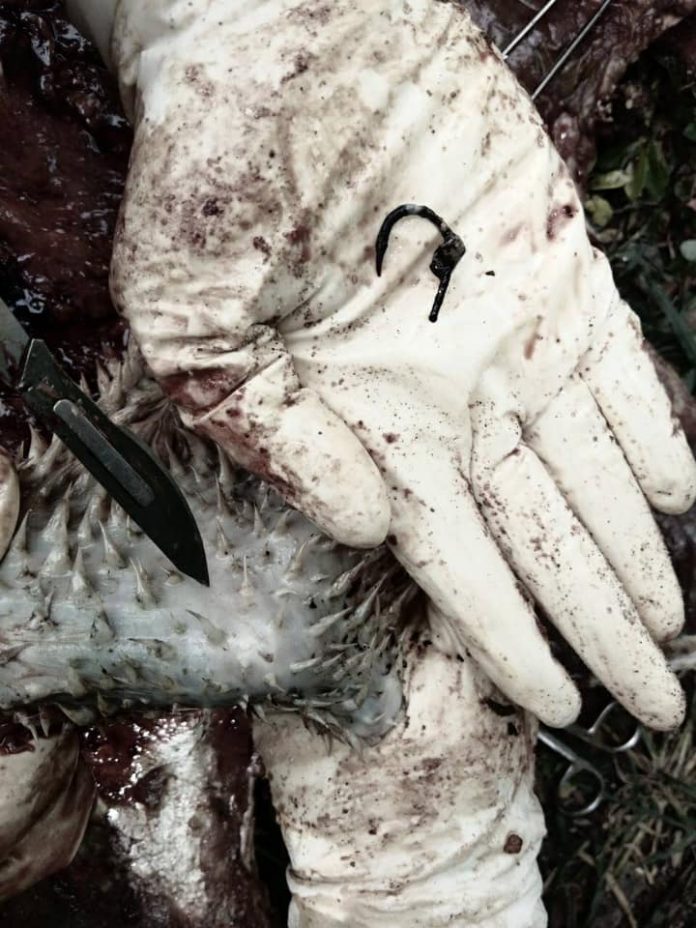 Chonburi-
A pregnant, better known as gravid in terms of marine biology, hawksbill sea turtle was found deceased on Bangsaen beach this weekend with evidence of having consumed plastic and fishing hooks found in her digestive system, according to Saensuk officials.

Staffers at Saensuk Municipality were notified of the dead turtle on Friday afternoon.

The Saensuk mayor Narongchai Khunpluem revealed late this weekend that the female hawksbill turtle had been deceased for at least three days.

Additionally, the turtle was gravid and close to two hundred eggs were found inside her.

A fishing hook was stuck in her neck as well as plastic found in her stomach and a rope in her intestines.