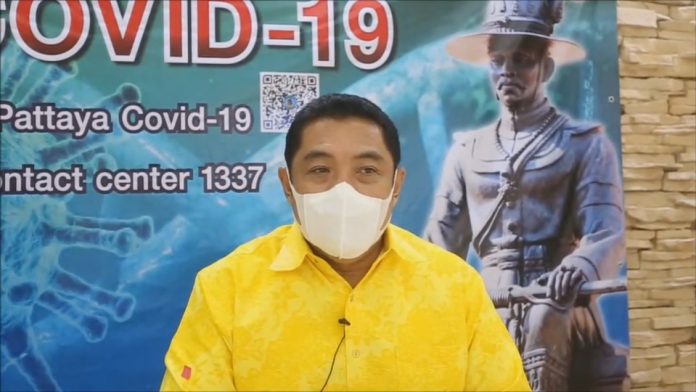 Pattaya Mayor Sonthaya Khunpluem spoke to the associated Thai press yesterday and said that Pattaya City Entertainment venues are eager to open and willing to comply with a list of 22 proposed rules.

Mayor Sonthaya Khunpluem is referring to a list of proposed rules which have driven a mostly negative response on social media. That list can be found below.

Mayor Khunpluem said that the city has been very quiet with its thousands of world famous Nightclubs, bars, strip clubs, karaoke lounges, pubs, lounges, live music venues and similar establishments closed for over three months. All nightlife related venues have been ordered closed out of Covid-19 related precautions since March 18, 2020.

Pattaya, which normally attracts millions of visitors a year, is known worldwide for their nightlfe and entertainment industry. The situation has been devastating for the city, with thousands of businesses shuttered, many for good.

Mayor Khunpluem admitted the rules were strict but stated that as time goes on they were likely to loosen and that allowing bars and nightlife to open was an important first step before debating over individual rules. He stated he had met with multiple prominent local entertainment owners, both that cater to domestic Thais and foreigners, and both sides agreed that having the ability to open if they chose was the important first step.

With the current ban on international inbound flights, however, foreign facing businesses that rely primarily on tourists will be forced to make tough decisions on opening and if they have enough of a local customer base to support their business. Many will likely stay closed until tourists are allowed to return. Domestic based businesses, like expat focused beer bars or Thai pubs who focus on local Thai residents are generally more positive and stating they are ready to open and confident they will be able to make a profit.

Mayor Khunpluem said having even some entertainment venues reopened, even with strict rules, will help bring a sense of liveliness back to the city that it has sorely been missing for several months. He stated that the city health department will be ensuring the rules are being followed.

The rules, The Pattaya News notes, are only proposed and a final list and any official notice on an opening date is expected Friday after a meeting of the Center for Covid-19 Situation Administration.