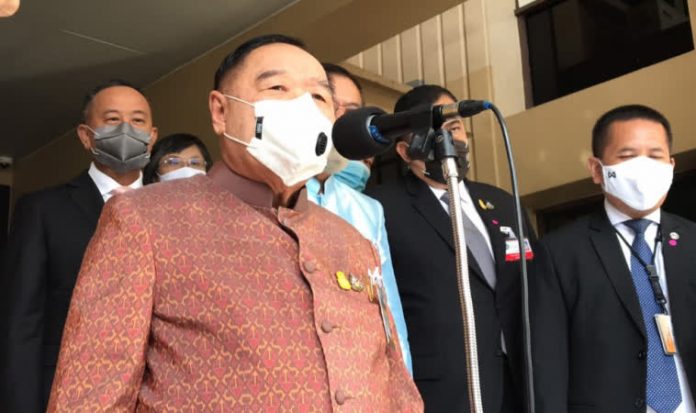 Gen. Prawit agreed to lead the party and, according to Mr. Wirat, Gen. Prawit told the core members that he wants them to work as a unit and perform their duties well.

This morning, Gen. Prawit told reporters that there are some procedures that must be followed, and the decision rests with the party members. He said there are issues within the party that must be addressed, as some members might not be able to communicate with each other effectively. He did not comment on whether his leadership will be able to unite the party.

The Deputy Prime Minister, Dr. Somkid Jatusripitak, said he did not have an opportunity to talk to Gen. Prawit. Dr. Somkid said he could not say whether Gen. Prawit will be able to solve the internal problems of the party, since he is not its founder. Dr. Somkid added that he is performing his duties as assigned by the Prime Minister.